Monotheistic religion and racism are two powerful belief systems, but one at its core teachings is in line with the concept of justice and the other, diametrically opposed to it.

Religion is a belief system formulated to provide its adherents with reason and resources to establish, maintain and benefit from a relationship with God.

In contrast, racism is a set of beliefs based on the notion of the superiority of one group of people over another that’s usually based on arbitrary physical characterises, such as skin colour or ethnicity. Ideally, religion fosters dual responsibilities to its followers – duty to God and duty to God’s creation, based on the principles of justice. In contrast, racist ideologies promote injustice, hatred, and oppression.

The Holy Qur’an announces what true religion is at its very heart:

“Say, Allah has declared the truth; follow therefore the religion of Abraham who was ever inclined to Allah and he was not of those who associate gods with Him” (4: 96).

“This day I have perfected your religion for you and completed My favour upon you and have chosen for you Islam (submission) as religion” (5: 4).

Islam fosters a surrendering, a submission, of all our faculties to the will of God. In contrast, racism by promoting one racial group’s superiority over another is, in essence, denying the Unity of God. When we decide which people are superior to others, we are setting ourselves up as partners with our Creator.

To present this narrative in a simple manner, let us begin with something familiar to just about all of us. Pause and recall the cooing of a young baby. In this manner, we all, every one of us, arrived in this world – with that sweet sound so pleasing to family and friends. What a positive sound of affection, recognition, comfort, desire to please, freedom and hope!

The Holy Qur’an describes our creation in this way:

In another verse of the Holy Qur’an, Allah says:

O mankind, We have created you from a male and a female; And We have made you tribes and sub-tribes that you may know one another. Verily, the most honourable among you, in the sight of Allah, is he who is the most righteous among you. Surely, Allah is All-Knowing, All-Aware (49:14).

Therefore, the natural state of humanity is devoid of complexes that sustain suppression and the denial of rights based on race or for that matter, religion. However, it is clear from the above verses of the Holy Qur’an that while Islam recognises the differences amongst peoples, it does not allow such distinctions to promote enmity. Our common, humble beginning alone is a manifestation of the wisdom of the All-Knowing God. Once we eliminate the concept of racial or national superiority then the second part of the above-quoted verse comes into play.

“Verily, the most honourable among you, in the sight of Allah, is the most righteous among you.”

Allah is the Light of the heavens and the earth. The similitude of His Light is as a lustrous niche, wherein is a lamp. The lamp is in a glass. The glass is as it were a glittering star. It is lit from a blessed tree – an olive – neither of the East nor of the West, whose oil would well-nigh be ablaze even though fire touched it not. Light upon light! Allah guides to His Light whomsoever He will. And Allah sets forth parables to men and Allah knows all things full well (24: 36).

Furthermore, the Holy Qur’an instructs us that no group of people have been excluded from spiritual development. Thus, the Qur’an states, “And for every people there is a Messenger. So when their Messenger comes, it is judged between them with equity, and they are not wronged” (10: 48).

And We did raise among every people a Messenger preaching: Worship Allah and shun the Evil One. Then among them were some Allah guided and among them were some who became deserving of ruin. So travel through the earth, and see what the end of those who treated the Prophets as liars! (16:37).

In accordance with the principles of justice, Islam offers provisions to ensure the absence of racist practices. These are inherent in the five pillars of faith.

The first, our creed, is, “There is none worthy of worship but Allah, and Muhammad is the Messenger of Allah.” This pillar halts any effort to promote racial superiority because to have racist tendencies based on skin colour, national origin or socio-economic and/or political status is to set up a partner with God.

The second is the act of prayer, which includes standing shoulder to shoulder with fellow worshippers no matter what their status in the world. This promotes a sense of equity among worshippers.

The third pillar of Islam, fasting, affords the opportunity to empathize with those less fortunate. In the fourth pillar, believers are enjoined to give zakat, or monetary contributions from their own wealth to aid the less fortunate.

The final pillar of Islam, the performance of the Hajj, is when the truest melting pot of humanity gathers, regardless of race, colour, homeland, or social status, with the sole purpose of the worship of the One, Almighty God.

Thus, Islam expects us to act with justice towards one another, and to reject any thoughts or actions based on any notion of racial superiority or even of social, economic, and political dominance.

These beautiful teachings are summed up in the Farewell Sermon of the Holy Prophet Muhammad, on whom be peace and blessings of Allah, thus:

O men, you still have with you some prisoners of war. I advise you to feed them and clothe them in the same way and style as you feed and clothe yourselves. O men, what I say to you, you should hear and remember. All Muslims are as brethren to one another. All of you are equal. All men of whatever nation or tribe, and whatever position are equal.

Then he asked, “Do you know what this month this is? What city we are in? What day of the year is it today? It is a sacred day,” the Prophet, on whom be peace and blessings of Allah, announced. “Even as this month is sacred, this land is sacred and this day is sacred, so has God made the lives, property and honour of every man sacred.”

What I command you today is not for today only. It is for all times to come. You should remember and obey until you leave this world and go to the next to meet your Creator. What I have said to you, carry it to the ends of the world. May be the one who has not heard benefits from it more than the one who has.

All Praise is due to Allah, Lord of all the worlds!

The author, though raised in a Christian home, became disillusioned at the age of 13 years old and neither practiced nor identified with any religion until six years later.  Reading the book, Philosophy of the Teachings of Islam by Mirza Ghulam Ahmad, founder of the Ahmadiyya Muslim Community, and exposure to adherents of that Community were enough to spark the latent interest in religious matters. That spark remains lit even after more than 50 years. 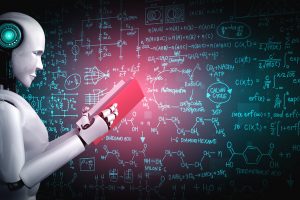