On the 28th of August, political activists desecrated copies of the Holy Qur’an in the city of Malmö, causing violent protests and disorder. The incident had been precedented by a turbulent week where a Danish politician and a Swedish artist had publicly announced that they intended to burn a copy of the Holy Qur’an outside a mosque after the Friday prayer. The police did not grant them permission to do so, and banished the Danish politician from entering the country for 2 years.

But the political activists proceeded with their vicious plans and desecrated copies of the Holy Qur’an, aided by extreme right-wing media outlets in the dissemination of this act.

During the course of the week, members of Islam’s Ahmadiyya Community in Sweden had worked tirelessly to protest against this act, both in social and print media. Several articles were published in Swedish newspapers, especially by Lajna Imaillah [the Women’s Auxiliary Organisation].

On the instruction of His Holiness Hazrat Mirza Masroor Ahmad (aba), the Fifth Caliph and Worldwide Head of the Ahmadiyya Muslim Community, politicians and public officials were also contacted and urged to condemn this hateful act.

As an Imam, I wrote an article in the largest newspaper of Sweden, Aftonbladet, in which I stated that freedom of speech should be used with responsibility and that the same freedom gives us the right to present the beautiful teachings of Islam. I then outlined some of the teachings in the article pertaining to freedom of speech in Islam.

I invited the activists to leave the streets and come in the mosques for productive conversation instead. In this manner, the response of the Community was to highlight the peaceful teachings of the Holy Qur’an as well as pointing out the responsibilities which come with freedom of speech.

The Holy Qur’an invites refuting arguments from its opponents. [1] It also says adversaries should be treated with justice, [2] and as such, a mode of debate should be selected that is based on the principle of justice.

One proof that the Holy Qur’an allows freedom of expression, we find in the following verse:

‘And when thou seest those who engage in vain discourse concerning Our Signs, then turn thou away from them until they engage in a discourse other than that. And if Satan cause thee to forget, then sit not, after recollection, with the unjust people.’ [3]

Here, Muslims are enjoined only to turn away from such people temporarily, who seek to defame Islam. The separation is not permanent, and no consequences of the offense is mentioned either.

Another verse speaks about how to deal with provocation:

‘Take to forgiveness, and enjoin kindness, and turn away from the ignorant.’ [4]

No doubt the burning of my Holy Scripture causes great pain and anguish, but with all these instructions of the Holy Qur’an in mind, the only response for me not only as an Imam, but also as a Muslim, is to act in a peaceful manner with forgiveness, for actions speak louder than words. To react in the contrary would only be adding gas to the fire and succumbing to the corrupt views of Islam held by our opponents. My hope and prayer is that the people of Sweden, and indeed the world, learn of the true teachings of Islam and only then can we live in a society of peace and mutual respect.

About the Author: Kashif Mahmood Virk is a graduate from the Ahmadiyya Institue of Modern Languages and Theology in the UK and is currently serving as an Imam of the Ahmadiyya Muslim Community in Sweden. 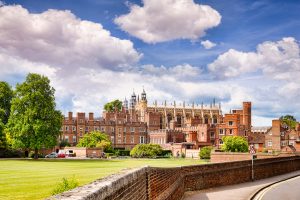 Sexual Violence in British Schools: How Do We Stop It?