Bilal Atkinson, originally from England, is an Ahmadi Muslim who converted from Christianity. In recent days, horrific attacks have taken place in France, in which so-called-Muslims have targeted Christians. Not only must such attacks be condemned in the strongest of terms, but it must also be made clear that these actions absolutely contradict the teachings of Islam In this article, Bilal Atkinson explores the example of the person who knew Islam best, the Holy Prophet Muhammad (sa), and the manner in which he treated Christians, thereby setting a pristine and everlasting example for all Muslims. Bilal Atkinson also serves as Editor of the Christianity Section for The Review of Religions.

People throughout the world recoiled in horror at the recent murders in France this past month by men masquerading as Muslims, who committed their heinous crimes in ‘the name of Islam.’

On 16th October, Mr Samuel Paty, a teacher, was murdered near his school in a suburb of Paris and more recently, on 29th October, three innocent worshippers, two ladies and one man, were cruelly murdered whilst in their place of worship, Notre Dame de Nice, in the French city of Nice.

I said these criminals were masquerading as Muslims because the acts they perpetrated, supposedly in the name of Islam, are totally abhorrent and grotesque to the true teaching of Islam and the practice of Muhammad, the Holy Prophet of Islam (sa).

Today, it seems the entire world views Islam as an aggressive and terrorist religion. Often, the killing of innocent people, suicide bombings, and terrorist activities are carried out by people who claim to be Muslims. In reality, the rebellious actions of these ignorant people have nothing to do with Islam.

Islam counsels mankind to discard all forms of hatred, enmity, and malice and instead to unite under a banner of love and mutual respect. It advocates the establishment of peace and justice at all levels of society and between all people. Thus, in chapter five, verse nine of the Holy Qur’an, Allah the Almighty has said:

“O ye who believe! Be steadfast in the cause of equity; and let not a people’s enmity incite you to act otherwise than with justice. Be always just, that is nearer to righteousness. And fear Allah. Surely Allah is aware of what you do.” [1]

With this verse in mind, it is a dire need of the time to respond to all forms of fanaticism and extremism with Islam’s true message of peace and harmony.

In 628 C.E. the Holy Prophet of Islam (sa) granted a ‘Charter of Privileges’ to the Christian monks of St. Catherine Monastery, at Mt. Sinai. It consisted of several clauses covering all aspects of human rights, including such topics as the protection of Christians, freedom of worship and movement, freedom to appoint their own judges, freedom to own and maintain their property, exemption from military service, and the right to protection in war.

The following is the text of the Charter:

1. Any Muslim violating and abusing what is therein ordered would be regarded as violator of God’s testament and would be the breaker of His promise and would make himself deserving of God’s curse, be he a king or a subject.

2. I promise that any monk or wayfarer, etc., who will seek my help on the mountains, in forests, deserts or habitations, or in places of worship, I will repel his enemies with all my friends and helpers, with all my relatives and with all those who profess to follow me and will defend him, because they are my covenant. And I will defend the covenanted against the persecution, injury and embarrassment by their enemies in lieu of the poll-tax they have promised to pay.

3. If they will prefer themselves to defend their properties and persons, they will be allowed to do so and will not be put to any inconvenience on that account.

4. No bishop will be expelled from his bishopric, no monk from his monastery, no priest from his place of worship, and no pilgrim will be detained in his pilgrimage.

5. None of their churches and other places of worship will be desolated or destroyed or demolished. No material of their churches will be used for building mosques or houses for the Muslims, any Muslim so doing will be regarded as recalcitrant to God and His Prophet.

6. Monks and bishops will be subject to no tax or indemnity whether they live in forests or on the rivers, or in the East or West, North or South. I give them my word of honour. They are on my promise and covenant and will enjoy perfect immunity from all sorts of inconveniences.

7. Every help shall be given them in the repair of their churches. They shall be absolved from wearing arms. They shall be protected by the Muslims. Let this document be not disobeyed till the Judgment Day.’ [2]

The Holy Prophet (sa) not only emphasized the desirability of tolerance in religious matters but set a very high standard in this respect. A deputation from a Christian tribe of Najran visited him in Madinah to exchange views on religious matters. It included several Church dignitaries. Their conversation was held in the mosque and it extended over several hours. At one stage the leader of the deputation asked permission to depart from the mosque and to hold their religious service at some convenient spot. The Holy Prophet (sa) said:

‘There is no need for you to go out of the mosque, because the mosque is the place to worship one God, if you want to do so, you have every freedom of worship, and holding the services in it.‘ [3]

Today’s world is ever increasing in its criticism of Islam and its founder, despite the fact that Islam’s teachings and the Holy Prophet’s every act are filled with love for humanity and a desire to establish peace in the world.

The Worldwide Ahmadiyya Muslim Community whose motto is ‘Love for All and Hatred for None’, was founded by Hazrat Mirza Ghulam Ahmad (as) of Qadian, who claimed to be the long-awaited Mahdi and Promised Messiah. The Community is an embodiment of the true Islam in its fundamental and pristine condition as practised by its founder, the Holy Prophet Muhammad (sa).

‘A true Muslim, who is aware of the teachings of his faith, will always remain sincere and obedient to the government under whose benign shadow he lives his life in peace. Religious difference does not prevent him from true obedience and compliance.‘ [4]

As regards the recent atrocities in France, the current worldwide leader of the Ahmadiyya Muslim Community, his Holiness, Hazrat Mirza Masroor Ahmad (aba), has condemned all forms of terrorism and extremism and called for mutual understanding and dialogue between all peoples and nations and recently stated:

“The murder and beheading of Samuel Paty and the attack in Nice earlier today must be condemned in the strongest possible terms. Such grievous attacks are completely against the teachings of Islam. Our religion does not permit terrorism or extremism under any circumstances and anyone who claims otherwise acts against the teachings of the Holy Quran and contrary to the noble character of the Holy Prophet of Islam (peace and blessings of Allah be upon him).

As the worldwide Head of the Ahmadiyya Muslim Community, I extend our deepest sympathies to the loved ones of the victims and to the French nation. Let it be clear that our condemnation and hatred of such attacks is not something new but has always been our position and stance. The Founder of the Ahmadiyya Muslim Community (peace be upon him) and his successors have always categorically rejected all forms of violence or bloodshed in the name of religion.

The fallout from this heinous act has further exacerbated the tensions between the Islamic world and the West and between Muslims living in France and the rest of society. We consider this to be a source of deep regret and a means of further undermining the peace and stability of the world. We must all join together to root out all forms of extremism and to encourage mutual understanding and tolerance. From our perspective, the Ahmadiyya Muslim Community will spare no effort in our mission to foster a better understanding of the true and peaceful teachings of Islam in the world.’ [5]

Islam requires Muslims to love their country, to be loyal to it, and to abide by the laws of the land. This is also the message for Muslim refugees who are coming to the West. They should know that it is their Islamic duty to be grateful to their adopted nation and its people.

They should be reminded that they have been given a second lease of life and the opportunity to raise their children in a country that is free from war and disorder and so it is incumbent upon them to value and cherish their new home.

Hatred, bitterness, and especially terrorism have absolutely no place in the teachings of Islam. Islam literally means peace.  How ironic it becomes then, that this religion, of all the rest, is being understood in the West today as the religion of terrorism, of disorder, of chaos, and of revenge. It is not so. Peace is the name of Islam, the meaning of Islam, and the identity of Islam.  It is the underlying message of every teaching of Islam.

About the author: Bilal Atkinson is Editor of the Christianity Section of The Review of Religions. He is a retired police officer having served in forensics of scenes of crime for over two decades. He is also serving as president of the Hartlepool Chapter of the Ahmadiyya Muslim Community UK. 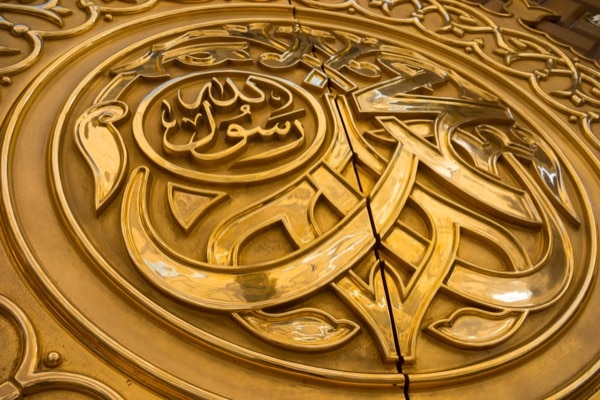