As I recall the month of April 2014, it was a bright, sunny but windy day in Guatemala when Mr. David Gonzalez (general secretary of Ahmadiyya Muslim Community in Guatemala) received a short video message in Spanish from Mr. Bilal Rana, Sadr Khuddamul Ahmadiyya USA [President of Ahmadiyya Muslim Youth Auxiliary Organisation]. The video showed that in the San Cristóbal de las Casas district of Chiapas, located about 500 km’s to the north of Guatemala City there lived around 300 local Muslims where they have their own mosque. Bilal Rana believed it was a good opportunity to spread the message of Ahmadiyyat to them. However, what was missing in the video was the address of the mosque.

In search of the address Mr. David Gonzalez started looking for information. Somehow, Mr. David was able to obtain the phone number of Imam Ibrahim (the local imam of Chiapas) from an architect who had worked on the construction of a mosque in the area. Guatemala population is majority Christian and you hardly find any Muslim. Therefore, after speaking to Imam Ibrahim over the phone for nearly an hour, and after giving him a brief introduction to the Ahmadiyya Muslim Community, it was for both of us like a shining light in a dark tunnel like finding an old friend or help in a middle of deep jungle. On top of that, he was a very noble person who was willing to listen, and therefore did not show opposition outright. He knew Islam to be a religion of peace and that Muslims are all brothers to one another. So he gladly accepted the invitation to come to the Guatemala Ahmadiyya Mission and said that he will bring another member of his community with him on 22 May 2014.

Soon they were on their way, but due to the fact that Guatemala is very well-known for the violent drug and gang related crime rates, naturally, some doubts came to the mind of Imam Ibrahim. Imam Ibrahim narrates:

‘As we boarded the plane, we realised that we had perhaps made a serious mistake by accepting the invitation to go to the Guatemala Ahmadiyya Mission. We thought that we might have been deceived and called just to be looted. We actually knew very little about the Ahmadiyya community, therefore, we started planning how to deal with any potential unpleasant situation. Hence, we spent the eight-hour long plane journey praying in distress. After eleven o’clock at night, the plane finally landed at the Guatemala City airport, where Mr. David was present to receive us. Mr. David was a strong and tall young man and we both looked weak in front of him which made us even more worried.

Our host then took us to the car which was parked in a dark place instead of the airport parking lot. When we got in the car we saw that another young man was already seated. So we doubted again and started thinking about how we would we defend ourselves if these two strong young men have any intentions to harm or rob us.

The journey to the Ahmadiyya Mission House seemed long. So every now and then we kept on asking how long till we would arrive. Then all of a sudden, we noticed our car passing by a sign displaying “the end of Guatemala City.” At this stage, our nervousness and anxiety levels were really high as we had no clue where we were being taken in the dark of night. Upon our enquiries we kept getting the same answer “don’t worry, we will be there soon!” Finally, God-willing, the white minaret of Bait-ul-Awwal mosque (the Ahmadiyya Muslim Mosque in Guatemala) could be seen from afar.

After reaching the mission house and having dinner we were provided two separate rooms. But we cautiously refused as we thought that by giving us separate rooms there are more chances that they will individually rob us and cause us harm. So we both stayed in the same room and somehow, the night passed and it was time for fajr [morning prayer].’

At fajr prayer Imam Ibrahim and I finally met which put them at ease and they realised they were not really in any harm. The guests stayed at the mission house for a week and returned to Chiapas after getting some detailed information about the Ahmadiyya Muslim Community. In the meantime, we remained in contact and exchanged literature and I wrote to His Holiness Hazrat Mirza Masroor Ahmad (aba) seeking permission to visit Chiapas.

With the permission and prayers of His Holiness (aba), on 8 June 2014, Mr. David Gonzalez and I arrived in San Cristóbal de las Casas for a week-long visit. I had the blessed opportunity of leading maghrib and isha [dusk and night prayers] in the local mosque and conveyed the message of Ahmadiyyat to the people present at the time. After that, Imam Ibrahim took us to his home for dinner where the discussion on Ahmadiyyat continued.

Soon the Friday was around the corner and I was worried that if Imam Sahib leads the Friday prayers, we would not be able to offer our prayers behind him (as these Muslims do not believe Hazrat Mirza Ghulam Ahmad (as), the Promised Messiah and Imam Mahdi) and thus we found ourselves in a potentially awkward situation. I sought Allah’s help with heartfelt prayers. At around 10am on the Friday I received a call from Imam Ibrahim, requesting that I lead the Friday prayer as he had been caught up with something.

Therefore, I delivered the Friday sermon on the ‘Truthfulness of the Promised Messiah and Imam Mahdi (as).’ During this sermon I could see tears flowing from the eyes of the audience. Thereafter, they asked many questions, because they had grown averse to the beliefs they had within Sufism, such as the supposed abrogation of verses within the Holy Qur’an and the belief about Jesus (as) being alive in heaven etc.  Having receiving their answers they knew that they had found the true Islam. The same day Imam Ibrahim had arranged dinner at his house where his relatives were also gathered. God Almighty had opened their hearts to the truth and 14 people accepted Ahmadiyyat by taking the bai‘at [oath of allegiance] that night, alhamdulillah (all praise belongs to Allah).

The next day we had to return.

Thereafter, Imam Ibrahim conveyed the message of Ahmadiyyat to more of his followers, and due to his strong influence, and because they knew him to be trustworthy, 46 more people entered the fold of Ahmadiyyat, alhamdulillah.

In August 2014, a three-member delegation arrived in Guatemala from Chiapas for a week to gain religious knowledge. The very year, His Holiness Hazrat Mirza Masroor Ahmad (aba), the Worldwide Head of the Ahmadiyya Muslim Community granted respected Imam Ibrahim and his deputy permission to attend the Annual Convention of the Ahmadiyya Muslim Community in the UK. On this occasion, meeting with His Holiness (aba) and the blessings of the annual convention further increased them in their faith and conviction. His Holiness (aba) very graciously appointed Imam Ibrahim as the mu‘allim [teacher] in Chiapas, and his son Ismail has devoted his life to the Community and is training to become an Imam himself by joining Jamia Ahmadiyya Canada (institute for modern languages and theology).

With regards to how his life had changed after having taken the oath of allegiance, Ismail said:‘We had so many questions, especially regarding Jesus (as), but we could only find the answers with the Ahmadiyya Muslim Community. I decided to join Jamia Ahmadiyya because for a long time I have wanted to become a hafiz by memorising the Holy Qur’an and then teaching it to children, and this gave me the opportunity to not only fulfil this desire mine, but also to increase my religious knowledge. Our lives have changed in such a positive way and the people of Chiapas are so happy to have made that decision all those years ago, because we all feel the blessings of being part of a Community that has one Khalifa [Caliph]; one leader who grants us guidance and prays for us all. What bigger blessing could we ask for? I just pray we can continue to see the growth of the Ahmadiyya Muslim Community all around the world so that others may also attain this wonderful blessing.

About the Author: Abdul Sattar Khan is an Imam of the Ahmadiyya Muslim Community who previously served in Guatemala for 13 years. He is currently serving in Colombia, Costa Rica, Peru and Cuba. 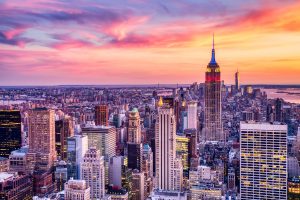 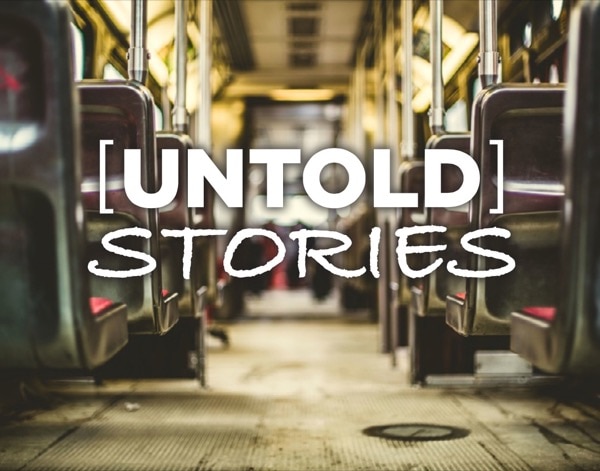 Untold Stories – A Timeless Moment with the Caliph
Comment