During the American War for Independence, Thomas Jefferson penned a bill called The Act for Establishing Religious Freedom. He said that those who impose their religion and coerce people to accept it maintain false religions, and that the truth is strong enough to prevail on its own and counter falsehood.

Over ten centuries before Jefferson drafted this bill, one of the greatest movements for the establishment of religious freedom was started… by Islam.

This may be surprising to some, as it is a historical fact that, in the early days of Islam, various battles were fought by the Muslims against non-Muslims. This has led to the notion that Islam is meant to be spread by force and imposed upon others.

But what if the actual purpose of these battles was to grant people religious freedom?

You see, Arabia was quite an oppressive place. Freedoms were few and far between, especially the freedom of religion. That’s why the Muslims were so heavily and fatally persecuted.

Something had to be done, and it was – but not just for Islam. God said, ‘If Allah did not repel some men by means of others, there would surely have been destroyed cloisters and churches and synagogues and mosques wherein the name of Allah is oft commemorated.’ (22:41)

So, the Muslims were on a mission – and true Muslims have been ever since – to establish religious freedom for all.

If the primary purpose had been to convert everyone to Islam, then why would God say, ‘And if they incline towards peace, incline thou also toward it.’ (8:62)

Thus, the Holy Prophet (sa) enacted the noble mission of establishing religious freedom and became its foremost champion – setting such examples as allowing Christians to pray in his mosque.

Yes, there were also battles, but as the Fifth Caliph and Worldwide Head of the Ahmadiyya Muslim Community, His Holiness Hazrat Mirza Masroor Ahmad (aba) explains, ‘Wherever Islam permitted the use of force, it was never to conquer lands or to compel people to accept Islam… it clearly stipulated that permission was granted in order to establish peace and security and to ensure that true freedom of religion and freedom of belief prevailed.’

Take the example of the Second Caliph of Islam, Hazrat Umar (ra). The Muslims conquered many lands during his time, including that of Jerusalem. While forming a treaty with them, Hazrat Umar (ra) assured them that the lives and property of the citizens of Jerusalem were safe, and that their churches and religious places would all remain protected.

So now you know, Islam champions freedom of religion – it always has. Like Thomas Jefferson said, the truth is enough for a religion to spread; and for a religion which God Himself has perfected, Muslims need not use even an iota of force or coercion.

Although there is no longer a need for physical battles today, but in light of Islamic teachings, true Muslims – such as those of the Ahmadiyya Muslim Community – are championing efforts all over the world to ensure the preservation and promotion of religious freedoms. 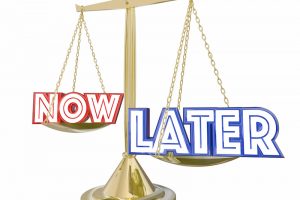 Salvation
Faithful Until the Very End: A Story of Love, Separation and Tragedy
Comment