The famous ‘La illaha’ tarana (a poem about the Unity of God) recited by the Pan African group has become the unofficial anthem of Jalsa Salanas around the world. The Ladies session on day 2 and concluding sessions at the end of day 3 seem incomplete without it.

We caught up with Shahida Boakye, who recited the ‘La illaha’ tarana in the presence of His Holiness (aba) at the end of today’s Ladies session.

Shahida is one of the original participants, who has been in the tarana (poem recited by a choir) group for over 20 years. She seems very emotional. We later learn that she has been unwell and had prayed immensely to be well enough to recite ‘La illaha’ in front of His Holiness (aba).

We ask her to express her sentiments right before and after reciting the tarana in front of the Caliph.

‘Before we are about to do the tarana, there is always a feeling of mixed emotions. It’s always very special to see the Khalifa (Caliph). The feelings are of happiness, excitement and also a bit of nervousness. We know the hard work we go through. Sometimes it’s a struggle to meet up to practice but Alhamdolillah (all praise belongs to Allah), Allah always covers us with His Mercy.

As soon as we see the Khalifa or hear the Khalifas voice, there is just a sense of euphoria. Everything just melts – whatever doubts we had, whatever it is – it doesn’t matter. You feel the presence of Allah and His angels and His Khalifa. It’s an amazing feeling.’

We remark how the Pan African Tarana is definitely the most distinct in the group.

Shahida responds ‘“La illaha” is the Creed of Islam, to declare that there’s none of worthy of worship except Allah. Around the world people are persecuted for practicing their faith and worshiping Allah…deprived of this basic human right that Allah has given us: to declare He is One and has no partner and that the Holy Prophet (sa) is His servant and messenger. When I sing “La illaha” the thought of those people who are being deprived or prevented from saying it – it really has a big imprint on my heart. We have no restrictions in this part of the world. There is religious freedom. And it shakes me. It’s hard to put into words. When I’m singing ‘La illaha’, Allah is with us and Allah feels our pain and affinity with our Ahmadi brothers and sisters around the world who are denied the freedom.’

We go on to ask how Shahida feels when the whole marquee joins in with the recitation of ‘La illaha’. Shahida smiles, ‘I just think that we are so blessed because of Khilafat we are able to be this unified…we are all one, all one voice….’

We take Shahida back to the moment she is reciting the tarana before His Holiness (aba) and ask if she ever sees His Holiness looking at them. ‘Yes, sometimes I do. I try not to make eye contact because I lose focus. Something comes over me that I can’t describe. I feel paralysed with this realisation that this is Allah’s Khalifa. The most blessed person…and he’s watching and listening.’

Shahida recalls a fond memory, ‘one time I was very nervous and overcome with emotion and the Khalifa (aba) himself was looking at me and nodding, giving me encouragement. Alhamdolillah we feel his love and support.’

Shahida tells us that there have been many special milestones for which she has participated in the tarana group : 125 years of Ahmadiyyat, 100 years of Ahmadiyyat in the U.K. and ‘the most special was witnessing the Khilafat Centenary.’ She adds, ‘Every year you think nothing can top this but every year something different happens which becomes unique and spectacular in its own way.’

During the ‘La illaha’ recital, there is a part in which the group sing in a different language. We enquire about that. Shahida replies that it’s a Ghanaian dialect and the words have a very deep meaning: ‘There is no sovereignty or deity who is worthy of worship and Muhammad is the true servant and messenger of Allah.’ 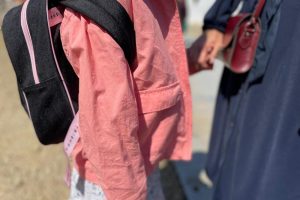 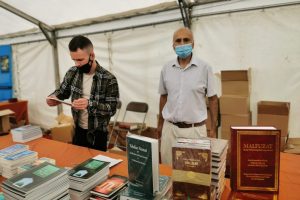 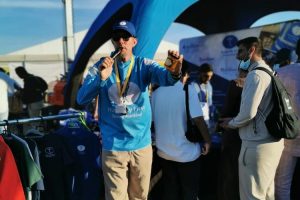