Understanding Each Other After 9-11

What Everyone Should Know About the Religions of the World

This book, although timed for the decade anniversary of the 9-11 attacks in the USA, also has global significance. Those attacks unearthed a deep-seated ignorance of other faiths and cultures in the USA which Heriot seeks to address. Here, he tries to reconcile the teachings of various religions of the world to show that we have more in common than the differences which cause distrust. He starts by saying: ‘Out of one, many. We have slowly and painfully learned that we are vastly more alike than different, and that the differences we see in others are far less than we had initially thought.’

Heriot then leads us on a tour of different faiths including the beliefs of, Hinduism, Jainism, Buddhism, Sikhism, Chinese religions, Judaism, Christianity, Islam and Baha’ism, and also the faith of indigenous peoples. He points out many strengths of each, such as the emphasis on the coexistence with nature amongst the indigenous beliefs, the focus on non-violence among many Indian faiths, and the understanding of a person’s roles and responsibilities in the context of society enshrined in Chinese faiths. He believes Judaism played a major role in establishing monotheism and an ethical code that would later form the basis of the other Abrahamic faiths. This view runs contrary to the Islamic viewpoint, however, which expounds that since the advent of the first Apostle commissioned to mankind by God, Adam(as), there have been sent no less than 124,000 messengers to every nation and people in the world, all of whom, without exception, preached a monotheistic message.

Heriot then outlines his view on the unique contributions of each faith. For example, from Hinduism we can gain the insight that all things are a manifestation of God. Buddhism has enlightened us with the Four Noble Truths. Sikhism’s rejection of the caste system also teaches us about the equality of humans, while Confucius taught us about the value of constancy. Judaism, meanwhile, focused on ethical behaviour, Christianity focused on the eventual triumph of the meek, and Islam teaches about the inherent goodness of people.  In addition to providing a good overview of various faiths, Heriot also demonstrates the difference between eastern and western perspectives on the purpose of life. In this respect, he’s sympathetic to religion. But he also claims that all faiths began as a “belief in multiple deities” and suggests that religions were shaped more by human interaction and intellect than divine intervention; a view that most people of faith would strongly disagree with, since most believe that their religion came directly from God and contains wisdom beyond the capabilities of mankind.  He often describes similarities between faiths to justify the notion that people must have copied ideas and teachings from each other. He uses indigenous faiths based on oral tradition to justify his conclusion that these faiths were man-made.

A person of faith might conclude that if religions emanate from the same Creator, then it is not surprising that they would contain common morality and common history, since there would only be one source. Indeed, in the Qur’an, it says: And We did raise among every people a Messenger (Ch.16:V.37). Moreover, although we would believe that all communities had contact with God, the fact that most did not have a written codified form of their beliefs makes it less surprising that these beliefs were modified over time through oral transmission between so many generations, and became the mythological beliefs that many cultures cling to in the modern age.

Heriot makes some unreferenced claims that followers of these faiths may not accept. For example, he claims that Jews do not have as strong a concept of the afterlife as Christians, or that Muslims only changed the direction of their prayers from Jerusalem to Makkah because Jews would not convert to Islam. To make such claims without any referenced evidence almost defeats the objective of eradicating ignorance. In actuality, the Muslims did not adopt the Temple of Bolomon at Jerusalem as their Qibla (direction for prayers), to appease the Jewish population, for the Qibla was towards Jerusalem even  in Makkah whilst the Muslims were already in Makkah where there existed no Jewish or Christian peoples, before their migration to Madinah. The Qur’an clearly points out that God is the Lord of the “East and the West”, meaning the direction of prayer only has a symbolic meaning of unity as God is everywhere. The changing of the direction of prayer was meant as a trial for the believers to distinguish between those who were true and those who were not.1

However, the author does also attempt to clarify misunderstandings about topics such as jihad in Islam, and also the perceived antagonism between Jews and Muslims. After 9-11, Islam has understandably been under the microscope in Europe and North America, but many of the perceptions have been caused by ignorance. Heriot differentiates between culture and practice of people in this current age, and tries to refer back to the original teachings of the faith. He describes the egalitarian beliefs of Islam fourteen centuries ago towards the rights of women and orphans as being centuries ahead of their time.

Heriot makes very valid observations linking the reactions and perspectives of other nations to American and European colonisation.  He sees the rise of fundamentalism in all faiths as a reaction to a sustained loss of control to foreign political domination. He also points to the wisdom and insight available in all faiths which people in the modern age should open their hearts to. Addressing the US audience, he advocates a more conciliatory attitude to other faiths and nations, as he says: ‘We have much to learn from the East, for we lack the inner peace, harmony, and reverence for life that the East has achieved.’

In general, although Heriot occasionally brings in his own interpretation of the history of religions without justification or references, the bulk of the book is a useful attempt to encourage Americans to view other cultures and faiths with a little more respect, and not to use 9-11 as a springboard for ignorance, and in that context, it serves a useful function for us all. 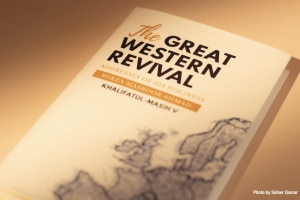 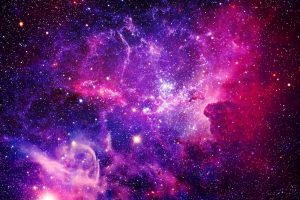 An Eyewitness Account of the Address at Capitol Hill: A Grand Manifestation of the Prophecy: “You Have Been Helped With Prestige”
Religious Freedom in America
Comment