Michio Kaku’s The God Equation presents the landscape of our current interpretation of the universe and avenues for deepening this understanding through new theories. Kaku sets the scene by describing the advancements in physics that laid the groundwork for understanding the four fundamental forces in nature: gravitational, electromagnetic, weak nuclear, and strong nuclear. Physicists have embarked on a quest to unify these forces in a single theory to fully understand how nature works at all scales. This single theory would be very powerful, with the potential to explain the underlying nature of the universe and the laws that govern it. The theory of everything would be able to explain concepts that thus far have seemed like figments of science fiction – time travel, wormholes, and other dimensions. Cracking the code to this theory was Einstein’s quest to ‘know God’s thoughts’. What is this powerful theory and how did its idea come about?

In The God Equation, Kaku provides a clear narrative of the progression of physics from the past few centuries to the modern day. He highlights the benchmark discoveries in physics that transformed society and contributed to the world as we currently know it. By laying out the key advances in our understanding of the natural world, Kaku sets up the modern-day quest for the missing link in our understanding of the fundamental forces – often referred to as ‘the God equation’ – a governing equation to unite all of the concepts outlined by these four forces.

The first major discovery hinges upon Isaac Newton’s work unifying the laws of gravity on Earth that govern how an apple falls from a tree and the laws of gravity in space that govern the orbits of moons and planets. Newton’s laws of motion led to the creation of the steam engine, ushering in the Industrial Revolution which transformed the production of goods in society.

The next discovery that Kaku highlights is the link between electricity and magnetism, elucidated by the work of Michael Faraday and James Clerk Maxwell. Faraday’s experiments showed that magnetic forces could be converted into electrical forces, which led to the invention of the first electric generator. Maxwell’s theory of electromagnetism showed that light was electromagnetic radiation, a key concept that helped inventors like Edison and Tesla create technologies that paved the way for the electrical age.

Electromagnetic theory heralded quantum theory as well as Einstein’s theory of special relativity. With the quantum revolution came the invention of lasers and transistors, and advances in technology will continue to hinge upon the coupling of the quantum and electromagnetic realms.

Further coupling of the fundamental forces shows that gravity prefers to be united with the weak nuclear force, based on Einstein’s theory of general relativity, the rise of the standard model of particle physics, and the electroweak theory of Weinberg, Glashow, and Salam (p.94).

We currently stand at a crossroads in our understanding of the physical world since we do not yet understand how to combine the (macroscopic) theory of general relativity with the (microscopic) quantum theory. We are thus searching for a way to link the large-scale with the small-scale under one ‘theory of everything’. At its core, the search for this grand unified theory is a search to understand the universe. According to Einstein, this theory of everything – the unified field theory – would allow scientists to ‘read the mind of God’ (p.2).

This pursuit has plagued Einstein, Hawking, and other renowned physicists for decades. We have come close in this quest, with the development of a ‘theory of almost everything’ in quantum chromodynamics – which unifies the strong nuclear force with the quantum nature of light and electrons. This connection lends itself to the standard model of particle physics, which helps us understand the behaviour and properties of subatomic particles.

New theories are required to bring the theory of everything to its final form. One candidate is string theory, a theoretical framework that considers point particles as strings and describes how these strings behave with each other and through space. This theory has been developed by a number of people, including Kaku, but still needs some work.

Reflections on The God Equation

This grand unified theory – the theory of everything described by a single equation to link the universe’s large-scale to the small-scale – must exist since unity is the prime attribute of God Almighty. As to whether the efforts of physicists to develop the theory of everything will fulfil Einstein’s original goal of reading the mind of God, the best answer can be summarized in the words of God Himself: ‘He knows what is before them and what is behind them; and they encompass nothing of His knowledge except what He pleases. His knowledge extends over the heavens and the earth’ [1]. A fraction of the Almighty’s limitless knowledge has allowed mankind to develop a mathematical and physical understanding of the universe, but further understanding the laws of nature will only be possible if God pleases.

Professor Abdus Salam’s inspiration for the Nobel Prize-winning electroweak theory stems from Surah Al Fatiha, the opening chapter of the Holy Qur’an, which is also known as Al Kanz (the Treasure) – signifying that it is an unlimited treasure trove of knowledge. By studying the Holy Qur’an, it is thus possible to gain a deeper understanding not only of the nature of God Almighty but also the nature of the physical universe. Perhaps this is the true route for best understanding ‘God’s thoughts’, for fulfilling the purpose of mankind, and serving the Almighty.

About The Author: Munazza Alam is an astronomer, National Geographic Young Explorer, and postdoctoral researcher at the Carnegie Earth & Planets Laboratory in Washington, DC. She also serves as a Deputy Editor for the Science Section in The Review of Religions. 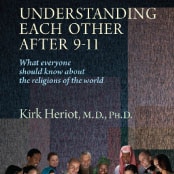