The Blasphemy Laws of Pakistan

The blasphemy laws in Pakistan have been the subject of an on-going controversial debate. The religious fundamentalists exercise their influence and power over the Pakistani society in ensuring that no review takes place for the abolishment of these barbaric laws. Under Section 295C of the Pakistan Penal Code, any comments made against the Holy Prophet(saw), which are considered to be derogatory, carry  the death penalty. The specifics of the law are vague, and fail to distinguish between the punishment for deliberate and unintended actions. As a result, it is often used as a means of settling personal scores against the vulnerable minorities of Pakistan. Government statistics show that around 1000 people have been charged with blasphemy in Pakistan since the laws were introduced in 1986. Of these, around 32 were killed by angry mobs whilst awaiting trial.1

The need for reform draws worldwide concerns for the basic human rights of Pakistani citizens. Pope Benedict XVI recently urged Pakistan to repeal its blasphemy laws, as they serve “a pretext for acts of injustice and violence against religious minorities.”2 The Pope’s comments came after the killing of Salman Taseer, the Governor of Pakistan’s Punjab province. Taseer had been voicing his concerns over what he called ‘a black law’, when campaigning for the acquittal of a Christian farm worker in Pakistan – Aasiya Bibi. She was accused of blasphemy after an argument with her fellow workers over the ‘cleanliness’ of water she had fetched, due to her non-Muslim faith. They claimed she had defamed the Holy Prophet(saw). Taseer provided support for Aasiya, urging the government to combat the growing problem of religious intolerance in the country. On January 4th 2011, Salman Taseer’s bodyguard, Malik Mumtaz Hussein Qadri, shot him dead, claiming that the government minister was an apostate, and therefore his killing was justified.3

Religious fundamentalism is rampant in Pakistan, and its increasing followers threaten further destruction and disharmony to an already fragile country. The root of these problems date back to the ‘Islamisation of Pakistan’ by General Zia-ul-Haq in the 1980s. He enforced legislation on the pretext of ‘Islamic Law’, although in truth much of the legislation was entirely un-Islamic and had nothing relevant to the real Islamic Law. This resulted in the terrorism of the people of Pakistan as a means of political gain to achieve mass popularity after overthrowing Bhutto’s regime. The death of Salman Taseer directly relates to Pakistan’s inability to now control the influence of religious law with the affairs of the state. The results of this can be devastating.

Pakistan’s minorities form 3% of the approximate 170 million population. These numbers consist of Hindus, Christians, and Ahmadis, all of which are subjected to ill-treatment through the misuse of the blasphemy laws in Pakistan. Hadhrat Mirza Tahir Ahmad(ra) (1928-2003) Khalifatul Masih IV, was the  Fourth Head of the Ahmadiyya Muslim Community during Zia’s reign. At the time, he warned against the political relations with so-called ‘Ulema (Muslim clerics), and himself was forced to migrate from Pakistan due to the state-sanctioned persecution against Ahmadis. In his Friday sermon, dating 22nd March, 1985, he mentioned the background to the Holy Prophet’s(saw) prophesy of the disintegration and discord that would occur from the ‘Ulema: “Discord will rise from them and will come back to them. [That is, these ulema will be the source of all evils]’.4 An example of this occurred during the passing of the 1974 laws, declaring Ahmadis as non-Muslim. The government, under the influence of the so-called Muslim clerics, claimed that seventy-two sects had united in the decision of this law. Yet, Hadhrat Abdullah bin Amr relates the Hadith where the Holy Prophet(saw) said: ‘My ummah [the Muslims] will face the same conditions as the Children of Israel have faced…The Children of Israel were divided into seventy-two sects, by my ummah will be divided into seventy-three. All will be hell bound except one’5. This is the reverse of what the government claimed when passing the heinous law. Surely the words of the Holy Prophet(saw) should be above their self-interested interpretations of Islamic law.

Hadhrat Mirza Tahir Ahmad(ra)’s warnings came at the time when the foundation for ‘Islamisation’ (legislation based on the guise of ‘Islamic Law’, but which actually was un-Islamic) was laid, and blasphemy laws were being put into place. Now, when the persecution as a result of the blasphemy laws have intensified out of all proportions, Hadhrat Mirza Masroor Ahmad(aba), Khalifatul Masih V, the current Head of the Ahmadiyya Muslim Community, has called upon all Ahmadi Muslims to supplicate intensely in their  prayers for the protection and resolution against the onslaught of zealots: “Enemies are intensifying in their efforts, and our efforts in prayers and in supplication should be equally proportionate, in fact even greater, so that we witness the Divine blessings in our favour.”6 Ahmadis continue to pray patiently for reform and, along with the rest of the world, await the day when Pakistan is able to achieve an intrinsic spiritual revolution.

It is only the complete abolishment of these nefarious laws that will solve this abuse of human rights.  In order for this revolution to take place, the fundamentalists and government both need to recognise their errors according to the rule of law. The Holy Qur’an teaches: And when he is in authority, he runs about in the land to create disorder in it and destroy the crops and the progeny of man; and Allah loves not disorder (Ch.2:V.206). The government of Pakistan is responsible for its people and needs to exercise its political power to form a pluralistic and tolerant society.

4.  Their Ulema: A Moment for Reflection for All the Muslims, Hadhrat Mirza Tahir Ahmad(ra), Khalifatul Masih IV, p. 36. 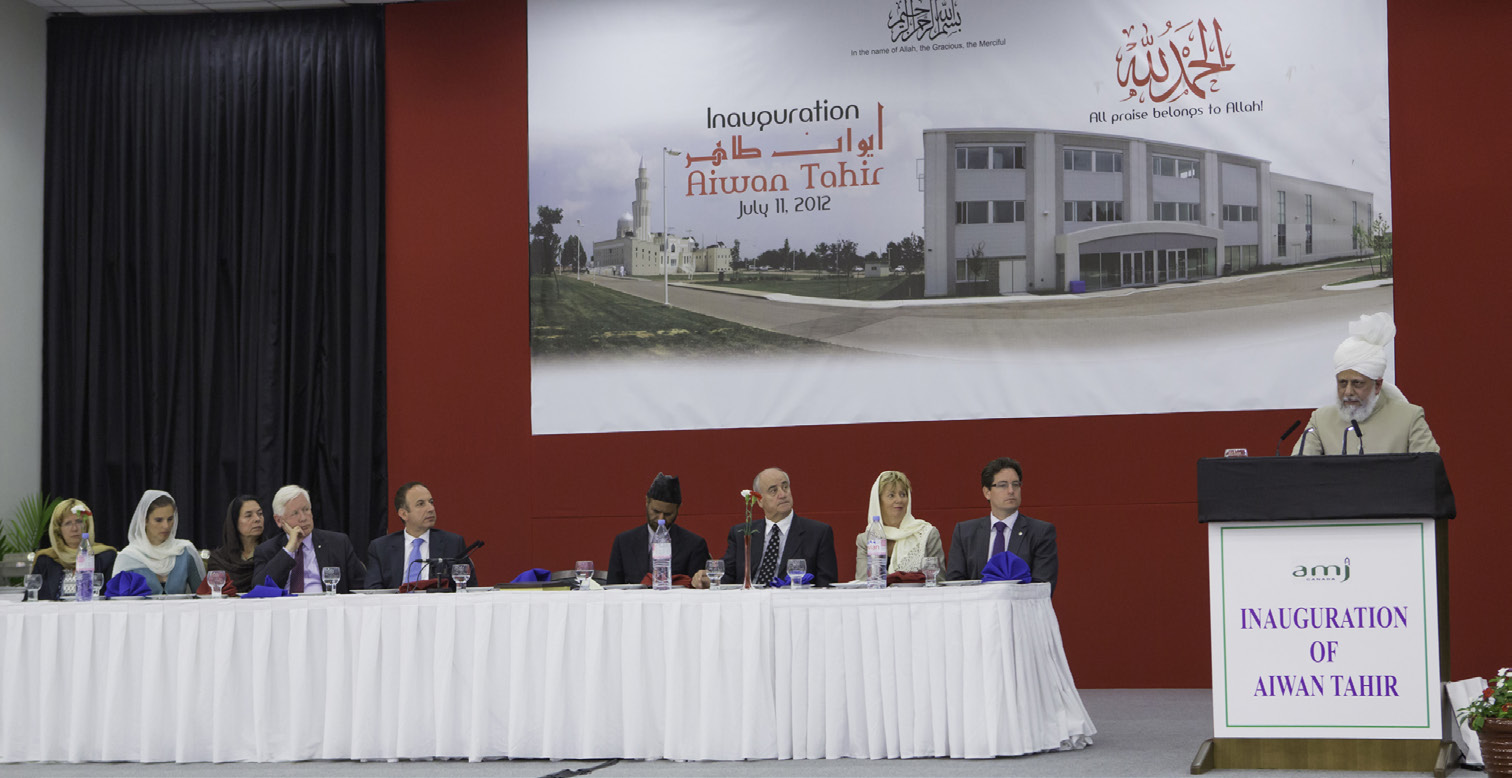 The Inauguration of the Tahir Hall in Peace Village, Canada 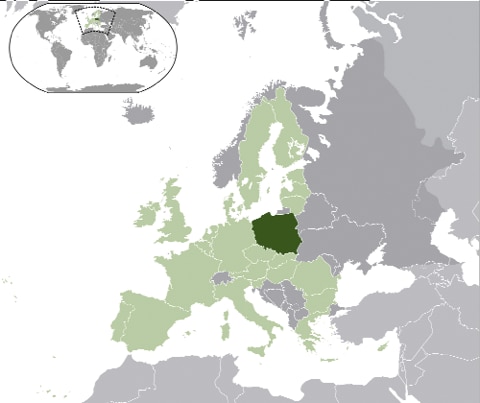 Apostasy, Blasphemy and Heresy • Freedom of Religions • Terrorism and Extremism

Is Islam a Threat to Poland and World Peace? 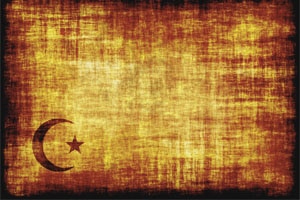 Freedom of Conscience and Expression in Islam

The Message of True Islam
What is the Punishment for Blasphemy in Islam?
Comment