The comprehensiveness with which the Holy Qur’an has dealt with this subject cannot be set forth at this stage for want of time. We shall, therefore, confine ourselves to a concise statement by way of illustration.

It should be known that the source of the first type of knowledge, that is to say knowledge by the certainty of inference, is reason and information. God Almighty sets out in the Holy Qur’an that the dwellers of hell will affirm that those who go to hell will say if they had exercised their reason and had approached the consideration of religion and doctrine sensibly, or had listened to and read with attention the speeches and writings of the wise and the scholars, they would not have been condemned to hell. 1 This is in accord with another verse where it is said that God Almighty does not require human beings to accept anything that is beyond their intellectual capacity, and only sets forth such doctrines as are comprehensible by men, so that His directives should not impose upon man that which he is not able to bear.2 These verses also indicate that one can obtain the certainty of knowledge by inference through one’s ears also. For instance, we have not visited London and have only heard of it from those who have visited it, but then can we imagine that all of them might have told a lie? Or, we did not live in the time of Emperor Alamgir, nor did we see him, but can we have any doubt that Alamgir was one of the Moghul emperors? How did we arrive at that certainty? The answer is, through the continuity of hearing about him. Thus, there is no doubt that hearing also carries one’s knowledge to the stage of certainty by inference. The books of the Prophets are also a source of knowledge through hearing, provided there should be no contradiction in the account that is heard. But if a book claims to be revealed and there are fifty or sixty versions of it, some of which contradict others, then even if a party might have held that only two, or three, or four of them were accurate and that the rest were spurious or fabricated, this would be no kind of proof which could be made the basis of any sure knowledge. All those books would be rejected as unreliable on account of their contradiction and could not be held to be a source of knowledge; for knowledge is only that which bestows a sure understanding, and a collection of contradictions can bestow no certain understanding.

The Holy Qur’an is not confined merely to knowledge gained through continuity of hearing, it contains well-reasoned arguments which carry conviction. Not one of the doctrines and principles and commandments that it sets forth is sought to be imposed merely by authority; as it has explained, they are all inscribed in man’s nature. It is called a Reminder, as it is said that the Blessed Qur’an does not set forth anything that is new but is a reminder of that which already exists in man’s nature and in the book of nature.3 At another place, it says that Islam does not try to inculcate anything by compulsion, but sets forth reasons in support of everything.4 The Qur’an possesses a spiritual quality that enlightens the hearts, as it says that it is a healing for that which afflicts the minds.5 Thus, it is not merely a book that has been transmitted through generations, but comprises reasoned arguments of a high degree and is charged with shining light.

Hence, intellectual arguments which have a sound basis undoubtedly lead a person to the certainty of knowledge by inference. This is indicated in the following verses: That when wise and sensible persons reflect on the structure of the earth and the heavenly bodies and ponder over the alternation of the day and the night, they discover therein reasons in support of the existence of God. Thereupon they seek divine help for greater enlightenment and they remember God standing, and sitting, and lying on their sides, whereby their intellects are sharpened and their pondering over the structure of the earth and heavenly bodies impels them to affirm that this firm and orderly system could not have been created in vain but is a manifestation of divine attributes. Thus, confessing the Godhead of the Creator of the universe, they supplicate: Lord Thou art Holy above being denied and being attributed imperfect qualities. Safeguard us, therefore, against the fire of hell; meaning that a denial of God is very hell itself and that all comfort and delight proceed from Him and from His recognition. He who is deprived of the recognition of God abides in hell in this very life.6

The Nature of Human Conscience

Human conscience is also a source of knowledge which has been named human nature in the Book of God, as it says to follow the nature designed by Allah, the nature according to which He has fashioned mankind.7 What is the impress of that nature? It is to believe in God as One, without associate, Creator of all, above birth and death. We have described conscience as a source of knowledge by certainty of inference though, apparently, in this case the mind does not travel from one type of knowledge to another as it does on the observation of smoke to the inference of fire, and yet here also there is a very fine type of transference, which is that God has invested everything with a particular quality which cannot be described in words, but towards which one’s mind is directed immediately upon observing that thing or contemplating it. That quality is inherent in everything as smoke is inherent in fire. For instance, when we contemplate the Being of God Almighty and consider what it should be, whether God should be born like us and should suffer and die like us, instantly thereat our heart is tormented and our conscience trembles and indignantly rejects any such idea and cries out that the God, upon Whose powers all our hopes are centred, must be free from all defects and must be Holy and Perfect and Powerful. The moment we think of God, we perceive a perfect relationship between God and Unity, even exceeding that which subsists between fire and smoke. Therefore, the knowledge that we gain through conscience is knowledge at the stage of certainty through inference. But there is another stage about it which is called knowledge through certainty of sight. That is a degree of knowledge when there is no intermediary between us and that of which we have gained knowledge. For instance, when we perceive a good or bad smell through our sense of smell, or perceive the sweetness or saltness of something through our sense of taste, or perceive the warmth or coldness of anything through our sense of feeling, all such knowledge is, as it were, certainty through sight.

With regard to the hereafter our knowledge arrives at the degree of certainty by sight when we receive direct revelation and hear the voice of God through our ears, and behold the true and clear visions of God with our eyes. Without a doubt we are in need of direct revelation for the purpose of achieving such perfect understanding for which our hearts hunger and thirst in our beings. If God Almighty has not provided the means of such comprehension for us in advance then why has He created this hunger and thirst in our hearts? Can we be content that in this life, which is our only measure for the hereafter, we should believe in the true and perfect and mighty and living God only on the basis of tales and stories, or should depend upon understanding or reason alone, which understanding is still defective and incomplete? Do not the hearts of true lovers of God desire that they should enjoy the delight of converse with the Beloved, and should those who have given up everything in the world for the sake of God and have devoted their hearts and lives to Him, be content with repining in a dim light without beholding the countenance of that Sun of Truth? Is it not true that an affirmation by the Living God: I am present; bestows such a degree of understanding compared with which the self-conceived books of all the philosophers amount to nothing at all? What can those so-called philosophers who are themselves blind teach us? In short, if God Almighty designs to bestow perfect understanding upon His seekers then He has certainly kept open the way of converse with them. In this context God, the Glorious, has taught us the supplication in the Holy Qur’an: O God guide us to the path of steadfastness which is the path of those on whom you have bestowed your favours.8 Here, by divine favours is meant heavenly knowledge by way of revelation and visions that are bestowed directly upon man. At another place it is said that upon those who, having believed in God, continue steadfast, descend God’s angels reassuring them: Fear not, nor grieve, and rejoice in the paradise that you have been promised.9 Here it is clearly stated that the righteous servants of God receive revelation from God at times of fear and grief and angels descend upon them to reassure them. At another place it is said that the friends of God receive glad tidings in this life through revelation and converse with God and will also have the same experience in the hereafter.10

CONTINUES IN THE NEXT EDITION 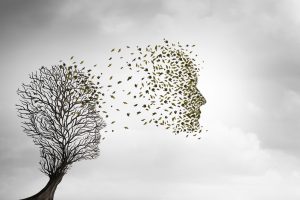 The Philosophy of the Teachings of Islam – Part 13