The number of people who say they have no particular religious affiliation is on the rise in America, according to a survey released by the Pew Research Center last October.  The report shows that 20 percent of the U.S. population, a whopping 46 million people, describe themselves as religiously unaffiliated today, as opposed to 15 percent only five years ago.

Interestingly, the study done by the Pew Research Center’s Forum on Religion & Public Life, conducted jointly with the PBS television programme Religion & Ethics Newsweekly, finds that many of the people who are unaffiliated with a religious institution still say that they are religious or spiritual in some way.  Two-thirds of the people questioned said that they believe in God (68 percent), more than half said they have a deep connection with nature and the earth (58 percent), more than one-third described themselves as “spiritual” but not “religious,” and one-in-five said that they pray every day.

“A lot of people feel they have an inherent spirituality as part of their experience in life but they don’t want to be part of an organized religious community, which they see as formal, traditional, dictatorial, boring and predictable,” said Reverend Elizabeth Lerner Maclay, a lifelong Unitarian Universalist, raised in Newton, Massachusetts, in a family with both Jewish and Catholic roots.

Hasan Hakeem works as a chaplain in the Kenosha County jail in Wisconsin and is the National Director of Faith Outreach for the Ahmadiyya Muslim Community in the United States.  Hakeem, who was born Baptist and accepted Islam in 1967, said that Americans are very spiritual people and have not lost a sense of God.  He said that scandals within religious institutions are causing people to leave organized faith communities.

“People are concerned with hypocrisy in religious organisations,” Hakeem said.  He points to the recent turmoil in the Catholic Church, as one example of how the serious problems that have plagued the Church clergy have left its members feeling betrayed and angry.

“Every Friday we hold Jummah [Friday] prayer services in the jail and it attracts an average of about 50-60 participants every week.  Of those 50- 60 participants only 13 are Muslims; the rest of them just come for the spiritual part of listening to a sermon and engaging on a weekly basis with a religion,” Hakeem said.

“The religious impulse is not disappearing in America,” said William T. Stuart, anthropology professor at the University of Maryland in College Park.

“A number of people see their lives as problematic, as broken, and they want to fix it.  So they often seek out a new religiosity; sometimes within their own tradition and sometimes they will turn to other faiths,” Stuart said.

Among its findings the Pew survey cites disagreements with the beliefs of their religion or their church leaders, belief that attending worship services is not particularly important, hypocrisy and the feeling that church leaders are too pushy or demanding, as reasons that prevent even those who are affiliated with a religious group from attending worship services more frequently.  These are all contributing factors in the growth of the religiously unaffiliated.

Those surveyed also said that being too busy or lazy, having work conflicts, health issues and difficulties with transportation as being factors that take them away from religion.

As the number of the unaffiliated has grown over the past five years, the number of adults that describe themselves as Protestants has shrunk, according to the study.  In 2007, 53 percent of the adults polled described themselves as Protestants as opposed to 48 percent in 2012, marking the first time in Pew Research Center surveys that the Protestant share of the population has dipped significantly below 50 percent.

The Catholic Church has also seen a decline in their membership, particularly among non-Hispanic whites, but the survey found that the Catholic share of the American population has been steady over this period, which is attributed in part to the immigration of Catholics from Latin America.

Lisa Greey, campus minister at the Catholic Student Center in College Park, Maryland, says the Catholic Church is aware of the challenges it faces in keeping their members connected.  She states that the Church has a whole department that is dedicated to the new evangelisation and forming leaders who are able to share the faith through different programmes; by offering Bible studies, by building better communities within a parish and by getting the word out there.

“We need to go after those people who are Catholic and re-evangelise them to live out what they were baptised into,” Greey said.

When asked about being “spiritual” but not “religious,” Greey said in her view the two concepts were inseparable.  “You really can’t separate your spirituality from being religious in our faith; they are absolutely tied together,” Greey said.

While many Christian denominations have seen a decline in their numbers in recent years, a separate study released by the Association of Statisticians of American Religious Bodies (ASSRB) in Chicago last May shows that Islam and Mormonism are among the fastest growing religions in America.

Ihsan Bagby, associate professor of Islamic studies at the University of Kentucky-Lexington, does not see American Muslims leaving Islam.  Bagby, the lead researcher in a study of mosques’ membership sponsored by the Hartford (Conn.) Institute for Religious Research, said Muslims in America are “strengthening their religious identity,” and have “a fairly strong religiosity – you do not see a falling away.”

“There are two narratives of Islam in America that have ensured continued growth of Islam,” Bagby said.  “One is the immigrant story and the other is the convert story.  Converts are largely African-Americans but include white Americans and Latinos.  Converts constitute one third of the American Muslim community,” Bagby said.

“The input of African-Americans in particular and the American converts in general has had a substantial impact and really helped the integration of Muslims in America and might even be the reason why the second generation did not divert from Islam,” Bagby said,  “The converts have been a big pull for the second generation.  They give an example of how you can be Muslim and American at the same time.  How you can be committed to Islam and love basketball, pizza, rap, hip-hop and be cool.”

The Church of Jesus Christ of Latter-day Saints (the Mormon Church) also continues to grow at a steady rate in America, according to the same ASSRB study.

“The growth is evidenced by the need to construct chapels and temples for our members,” said Eric Hawkins, Church spokesman, who is based at their Salt Lake City headquarters.

Hawkins says that his church is very well known for its missionary work and that many new converts are drawn to the church because of its “strong emphasis on following the teachings of Jesus Christ,” and that their members remain connected because of the “high level of participation” that is expected of all its members, regardless of age.

“Our youth are highly involved in the Church,” Hawkins said.  “Youth ages 12 through 17 meet in classes on Sundays to participate in religious instruction and several times during the month for social activities including service projects, sports, camping and dances.”   Hawkins said that most young men beginning at age 18 and many young women beginning at age 19 serve a two-year mission in the Church missionary programme, which also helps keep them connected to the Church.

When asked about his views on the growing number of people in America that describe themselves as “spiritual” but not “religious,” Naseem Mahdi, National Vice President & Missionary In-charge of the Ahmadiyya Muslim Community in the U.S.,  said “This is a result of mistrust and a lack of spiritual satisfaction.”

“A person can only be spiritual in the true sense of the word, as we Muslims understand from the Holy Qur’an, if he is a believer…only by loving God and loving his creation and following God’s commandments can a person be spiritual,” Naseem Mahdi said.

“When we look at the creation of God and study it in order to learn about God, the one thing that jumps out immediately is organisation, structure, principles, rules and regulations, and there is also beauty and truth and that is what religion brings to us.  It brings structure, beauty and order in our lives and helps us fulfill the purpose of our being,” Naseem Mahdi said, “Being spiritual means necessarily that a person must be religious, for one cannot exist in the real sense without the other.”

Naseem Mahdi thinks that the reason people are turning away from organised religion in America is part of the grand scheme of things. “I always had this issue in my mind that if people are leaving even God, how are we going to make progress?  How are we going to bring the message of Islam to the people of America?  I found my answer in a statement made by our third Khalifah, Hazrat Mirza Nasir Ahmadrh.” In a sermon in January of 1980, Hazrat Khalifatul Masih IIIrh  said, “Every revolution that has happened in people’s lives over the past 90 years has furthered the cause of Islam. Some of these revolutions have ostensibly led people away from Islam. For example, in some areas people have become atheists and have vowed to wipe God’s name off the earth and God’s Existence from the heavens, where before they [at least] had some hazy concept of God[‘s existence]. But this revolution also furthers the cause of Islam, because now the slate upon which false ideas and concepts were written has been wiped clean. Now our task has become much easier.” 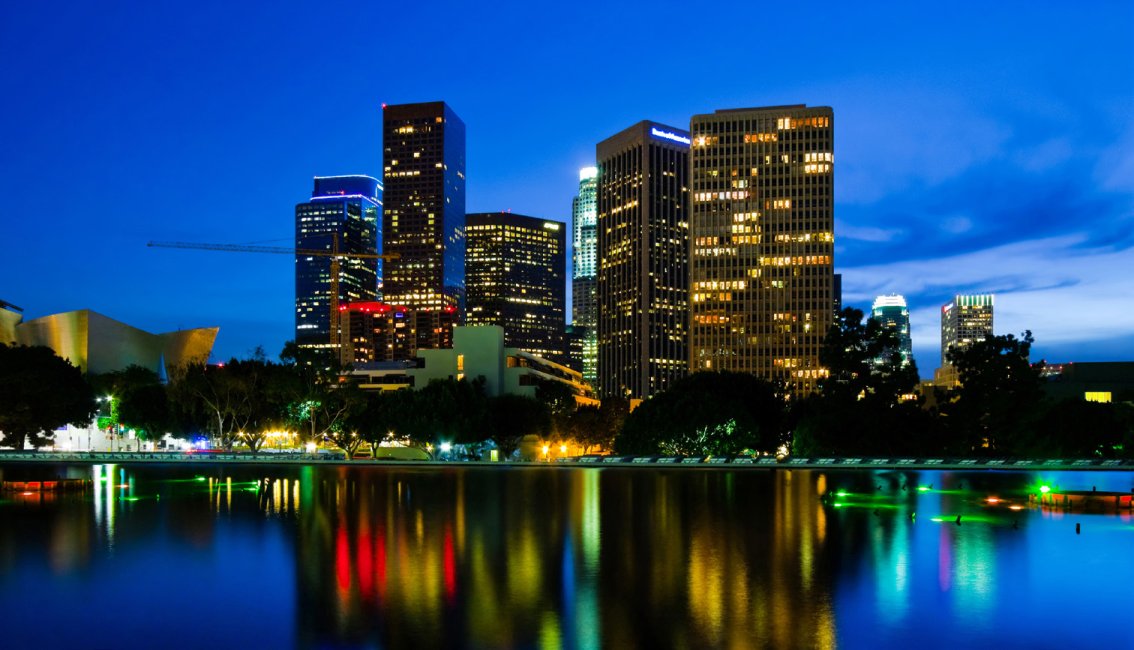 Angels Echoing the Kalimah In the City of Angels