During the month of April in 1947, caged rhesus monkeys were introduced into the Ugandan forest of Zika1 as part of a research study looking into viruses that are transmitted by mosquitoes. Routine vital observations such as temperature were being recorded in a periodic manner. On April 18th, one of the monkeys, designated monkey 766, developed a fever. This monkey was pulled out of the forest into a laboratory, where simple monitoring was carried out. Apart from the fever, the monkey developed no other abnormality. On April 20th, the third day of the illness, blood was taken from the monkey and injected into both the peritoneum of mice (a membrane that covers the abdominal organs), and the brains of mice. Interestingly, the mice that had been injected inside the peritoneum did not develop a febrile illness, but those mice that had been injected inside the cerebrum – a part of the brain – became ill.2 The importance of this observation will become apparent later. The causative agent, isolated from the brains of these mice, was named after the Ugandan forest where this experiment was being carried out, becoming known as the Zika virus (ZIKV). At this point, what led to the infection of monkey 766 was still unknown.

In a separate experiment carried out in January 1948 by the same team, mosquitoes were captured from the Zika forest in order to isolate a virus from these mosquitoes known as yellow fever virus.3 What scientists thought was yellow fever virus, which had been obtained from these mosquitoes, was inoculated into mice. However, when the mice died or developed an illness, it was discovered that it was actually the ZIKV that had been isolated. Thus, an important piece of the puzzle fell into place, and ZIKV was designated an arthropod-borne virus. Arthropod-borne viruses, also known as arboviruses, are transmitted through arthropods, or invertebrate animals. And in the case of ZIKV, the virus was transmitted primarily, though not exclusively, through the arthropod Aedes aegypti, commonly known as the yellow fever mosquito.4 It remained unknown at this point that ZIKV could cause disease in humans.

In order to assess whether ZIKV affected humans or not, serosurveys were carried out. Serosurveys are studies in which batches of blood samples taken from humans are analysed to assess the prevalence of certain viruses in a given population. Although these studies showed that ZIKV affected humans,5 these surveys were unreliable, often yielding inconsistent results because of the cross-reactivity of related viruses such as yellow fever virus and dengue virus.6 It was in 1952 and 1953 that the first cases of ZIKV causing an illness in humans were reported. Three individuals were affected with symptoms of fever, cough, joint pains, jaundice, pain behind the eye, and headache.7

For over half a century following these case reports, only 13 cases of ZIKV affecting humans were recorded.8 Little research was devoted to the study of this virus as other viruses in the same Flavivirus family, such as yellow fever and the dengue virus,  caused a much greater burden of disease.

In 2007, the first outbreak of ZIKV was reported in Yap state of the Federated States of Micronesia, where an estimated 75% of the population was affected with similar symptoms to those described above.9 Since then, the pace has picked up and further outbreaks have been reported in French Polynesia (2013 and 2014), Cook Islands, Easter Island and New Caledonia.10 Additional outbreaks have occurred in Samoa and American Samoa, as well as individual cases in Thailand, Cambodia, the Philippines, East Malaysia and Indonesia.11 Despite this, however, little attention was paid to this virus as most affected individuals suffered a mild illness with a very good prognosis.

In March 2015, an outbreak of an illness characterised by a rash occurred in Brazil.12 This was later confirmed to be caused by ZIKV. Within 10 months, by December 2015, ZIKV had affected up to 1.3 million people as estimated by the Brazilian Ministry of Health and by March 2016, at least 33 regions of the Americas were thought to be affected.13 As the illness caused by ZIKV is not known to carry significant mortality or morbidity, it continued to be ignored, despite affecting millions of people.

Morbidity and Mortality Associated with ZIKV

Whilst this outbreak was still ongoing, doctors noted an increase in the number of babies being born with a condition called microcephaly. Microcephaly is a condition characterised by a head size that is smaller than expected for a given age and sex.14 The size of the head is determined by the growth of the brain; a small head implies that brain development is stunted or has arrested.15 This can manifest itself later in life with learning disabilities, seizures, growth retardation and neurological problems such as difficulty in walking and eating.16 These problems are often lifelong, and the severest forms of microcephaly can result in death.

By February 2016, an estimated 4,700 cases of babies born with microcephaly had been reported.17 The significance of this becomes apparent when one considers that the annual numbers of cases of microcephaly in Brazil had previously been consistently below 200.18 Additionally, these new cases of microcephaly were appearing in geographical clusters and worryingly, in the same geographical regions where outbreaks of ZIKV were occurring.19 Consequently, on the 1st of February 2016, the World Health Organisation (WHO) International Health Regulations Emergency Committee announced a state of Public Health Emergency of International Concern (PHEIC).20 When scientists looked back at the outbreak in French Polynesia, there had been an increase in the number of cases of microcephaly.21

But is it possible that the relationship between an increase in ZIKV and an increase in microcephaly is simply a correlative relationship rather than a causative one? Although the exact mechanism by which ZIKV causes microcephaly is not known, there is significant evidence in support of a causative relationship between ZIKV infection and microcephaly. Firstly, there is biological plausibility. When ZIKV is inoculated intraperitoneally into mice, no signs of illness are elicited. However, when ZIKV is inoculated intracerebrally, directly into the brain, the mice develop an illness as described earlier.22 This suggests that ZIKV has an affinity for neuronal cells, and given that microcephaly is a disorder of the development of the brain, it is simply biologically plausible that ZIKV could cause microcephaly. Furthermore, there is a higher rate of microcephaly amongst babies born to mothers with a documented history of prior ZIKV infection.23 Additionally, ZIKV has been isolated not only from the amniotic fluid of pregnant mothers affected with ZIKV, but also from the brains of children affected with microcephaly.24 Congenital ZIKV infection causes not only microcephaly but a spectrum of disorders including eye complications.25

Finally, there is an association between ZIKV infection and the development of a neurological condition called Guillan-Barré Syndrome (GBS), which results in a temporary paralysis starting from the nerves affecting the legs which works its way up to the muscle of respiration. It can cause death in cases where ventilatory support is not provided. In the French Polynesian outbreak of ZIKV, there was an estimated 28 cases of GBS amongst 28,000 people thought to have been affected with ZIKV infection (i.e., 1 in every 10,000).26 In comparison, the annual rate of GBS in the USA is approximately 1 in every 100,000.27 In a study, there was a very strong association between ZIKV infection and the development of GBS; the probability of having GBS was 34 times greater in infected individuals than in the general population.28 The incidence of GBS syndrome has also increased in Brazil; this increase is thought to be directly linked with the current outbreak.29

It is important to note that a mosquito bite is not the only way ZIKV can be transmitted. There is now significant evidence supporting transmission between a pregnant mother and her unborn child. This can result in antepartum30 changes in the baby which are detectable by ultrasound investigation.31 Furthermore, ZIKV transmission has also been demonstrated during the processes of childbirth and  sexual intercourse.32 Unfortunately, the period of time following the development of symptoms after which it is considered safe to practice sexual intercourse is not known; ZIKV has been detected in semen even 62 days post-infection.33 Although transmission through blood product transfusion has not as yet been demonstrated, it is likely to occur without precautionary measures in place to prevent it, since ZIKV, like other species of Flavivirus, is found in high concentrations in donated blood.34

Treatment for ZIKV is the same as it is for most Flavivirus infections: the focus is entirely on supportive measures as the disease is limited in mortality and morbidity, except in special circumstances.35 No vaccines exist for the prevention of ZIKV infection.36 Therefore, behavioural change is the only method that can act as a preventative strategy (prophylaxis) against ZIKV infection. Noting the transmission methods above, guidelines regarding prophylaxis include abstaining from sexual intercourse and screening of individuals for semen and blood donation. Mosquito-repellent methods, as for other arboviruses, are central to prevention of ZIKV infection, but are not very effective due to compliance and inefficient methods.37 The best approach involves addressing every avenue of transmission in the hope that marginal gains can make a big difference.

The Future of ZIKV

Why the number of cases  and outbreaks of ZIKV infection have increased in the past decade is unknown, but it follows the pattern of dengue fever and other arboviral infections, such as chikungunya virus, which have also  recently increased in number in South America.38 One postulate is that genetic modifications, which occur randomly in all organisms, have led to a form of ZIKV that is particularly potent to cause disease.39 This means we can expect to see an increase in the number of cases of microcephaly as well as GBS. For now, the focus must be to fill the gaps in research. One gaping hole is the development of a ZIKV vaccine, such as the one that exists for yellow fever. One thing that has already been proven is that ZIKV is well and truly on our radar now.

About the Author: Shahzaib Ahmad is a junior doctor working in the National Health Service in the United Kingdom. He has published several papers and written a book chapter on haematological malignancies, peri-operative management of patients with liver failure and the link between diabetes and other diseases. He has also served in the Ahmadiyya Muslim Research Association UK (AMRA), Ahmadiyya Muslim Student Association (AMSA) as well as the Student Affairs Department. 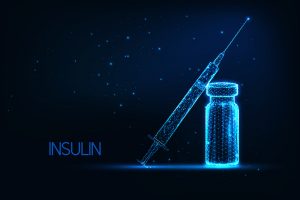 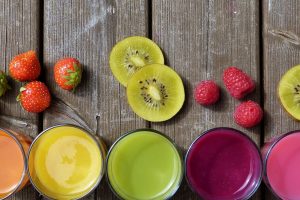 Ramadan is over, so what about fasting now? – An Interview with Dr. Mark Mattson, Professor of Neuroscience at Johns Hopkins University 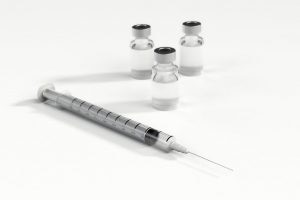 Coronavirus — Pursuit for a Cure