In 1902 the Promised Messiah(as) decided to establish this magazine, The Review of Religions. Its purpose was to present the complete teachings of Islam and to reflect its beautiful features. He desired that copies should be sent to Europe and America because:

‘Pure knowledge and satisfying strong arguments in favour of the religion of Islam and the ways to bring peace to the human soul revealed to me and that are still being revealed to me, have not yet benefited the educated people of this country and the seekers of truth in Europe’. (Advertorial Mirza Ghulam Ahmad of Qadian 15 January, 1901 published by Zia-ul-Islam Press Qadian, Majmu‘ah Ishtiharaat, Vol 2, pp.393-395 Al-Shirkatul Islamiyyah, Rabwah).

Especially since the 9/11 attacks in the US, Islam has been a source of interest and irritation to western writers. Some seek to understand it; others to deliberately misinterpret its teachings. This issue contains a number of articles which challenge some misconceptions about Islam common in the West.

A frequent allegation against Islam is that it is a religion of terror. Mir Mahmood Nasir presents a scholarly analysis of numerous verses of the Holy Qur’an which repeatedly demonstrate the very opposite, and affirm the peaceful nature of Islam.

Another issue that continues to generate controversy within the West is the position of women in Islam. Sadly the appalling treatment that is sometimes meted out to women in so-called ‘Islamic‘ societies does little to disconfirm their opinion. However when we actually examine Islamic teaching concerning the role of women, it is clear that Islam has laid down clear direction and guidance. In this edition we have reproduced the stirring speech delivered by Hadhrat Khalifatul Masih V at the UK annual Convention in 2008, where he has elucidated detailed Islamic instructions regarding the treatment of women and the safeguarding of their rights and status. The speech is a pertinent reminder of the heroic sacrifices that Muslim ladies have made for the cause of their faith.

It is regrettable, therefore, that one of those early heroines, Hadhrat ‘A’ishah(ra), has been made the subject of a historical novel, The Jewel of Medina, which presents a very distorted and fanciful account of her life. The author says she wants to empower Muslim women. In this edition of The Review of Religions, we challenge that assertion by examining the gross inaccuracies in the book.

In these days as assaults are made on the veracity of Islamic teachings, it is worth reminding ourselves of the following words of the Promised Messiah(as):

‘When the people of the West shall enter into Islam in troops, a great revolution will occur in religion. And when this sun will rise to its zenith in the Western countries, then only those on whom the door of repentance is closed will remain bereft of Islam, that is to say, their nature is not at all in accordance with Islam.’ (Izalah-e-Auhaam, p.517)

We shall be answering oft-repeated allegations against Islam in future editions of The Review of Religions and welcome contributions by our readers on this and related subjects. 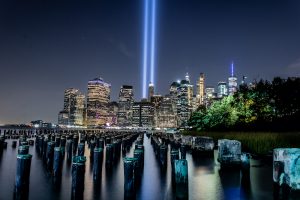 Friday Sermon Summary 5th June 2020: “Companions of Badr, Rights of Women, Guidance Regarding Pandemic & Situation in America and the World” 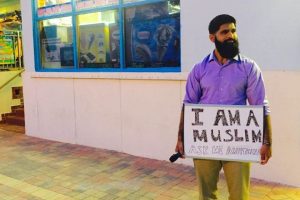 I AM A MUSLIM ASK ME ANYTHING? – Social Experiment

The Victory of Islam
Essence of Islam – Part 9
Comment