‘This was indeed the appointed time for none other than The Messiah;

Had I not been appointed, someone else would surely have appeared!’[1]

In today’s day and age, many Muslims believe that Allah the Almighty no longer communicates with mankind. They spread the false idea that prophethood has ended altogether and say that there is no need for any prophet. While making these claims, the majority of Muslims are awaiting the coming of the latter-day Messiah. Ahmadi Muslims believe that the latter-day Messiah has come in the personage of Hazrat Mirza Ghulam Ahmad (as) of Qadian. Of the thousands of signs which testify to his truth, one is the need for prophethood in our time.

The middle of the 19th Century was a time of great intellectual and religious uproar. Many religions were on the rise and had the intention of destroying Islam altogether. The time itself yearned for an individual to come for the revival of Islam. The Promised Messiah and Founder of the Ahmadiyya Muslim Community, Hazrat Mirza Ghulam Ahmad (as) stated:

‘Many errors had arisen such that if Allah Almighty had not established a community and appointed someone to rectify them, the world would have perished, and Islam would have been annihilated completely!’ [2]

‘Religion has become fatally weak and stands helpless like an orphan.’ [3]

During this time in India and other parts of the world, many religions were raising allegations against Islam. They were not attacking Islam with the sword, rather with the pen. Islam was being attacked day and night, with no one left to defend it. The Brahmu and Arya Samaj were on the rise to destroy both Islam and Christianity and other Hindus had their own mission of destroying Islam. Both Hindus and Christians were writing books against Islam. One of the aspects of the British rule in any country which they conquered, was that they would propagate their religion of Christianity. Troops of missionaries flocked to India to spread their faith.

When writing about the conditions of India, the Fifth Caliph and Worldwide Head of the Ahmadiyya Muslim Community, his Holiness, Hazrat Mirza Masroor Ahmad (aba) stated:

‘The Indian subcontinent had become a virtual battleground for the major religions of the world. Islam, in particular, found itself on the defensive against the onslaughts of Christians and Hindus, who spared no ploy to defame the faith and its founder (as).’ [4]

Testimonies tell us that a large number of Muslims had left Islam, and many joined Hinduism and Christianity.  Christianity was spreading like a storm and it seemed as if nothing would be able to stop its preaching.

‘With the help of such arguments the Christians wish to deify Jesus, peace be upon him, and so they have done, leading a part of the world astray. A large number of Muslims, reportedly exceeding three million, have fallen victim to this trial through their belief in this false doctrine.’ [5]

The Muslims were also going astray because of some false narrations, which they began to blindly follow and would falsely attribute to the companions. Prophets of God were described as liars and sinners. Muslims were taught that divine revelation is not free from the influence of Satan. They were taught that the Prophet Muhammad (sa) was afflicted by black magic and touched by Satan at birth. They were also taught that the Holy Prophet (sa) had a love affair with Zainab (ra), God forbid. A theory of abrogation of some Qur’anic verses was widespread, and so was a false teaching of death penalty for apostates. Muslims began to deify Jesus (as) and they also began to worship graves and seek help from the dead.

The Muslims knew it was time for the advent of the Messiah, as the prophecies directly hinted towards the fourteenth century of Hijri (Islamic calendar). Sadly, when Allah the Almighty sent the Promised Messiah (as), majority of the Muslim scholars began to oppose him. This opposition was prophesied by the Holy Prophet Muhammad (sa) and the saints of Islam. Many Muslims ask, what is the need for Prophethood? However, they themselves anxiously await a Prophet (the second coming of Jesus) for the revival of Islam.

Speaking on the fulfilment of the need of the time, Hazrat Mirza Ghulam Ahmad (as) stated:

‘In this age of ours, every kind of abuse by the opponents has reached its climax. Vituperation, faultfinding ,and imposture have arrived at a limit which cannot be exceeded. At the same time, the condition of the Muslims has deteriorated to the extreme. Hundreds of innovations and all types of pagan practices and rejection of faith are observed on all sides. Therefore, most certainly this is the age in which a great Reformer should appear according to the prophecy:

‘And I will clear thee from the charges of those who disbelieve’.

Then all praise be to Allah that I am that Reformer.’ [6]

‘If one ponders over the attributes of God in the light of the Holy Qur’an, one cannot think for a moment that when the spiritual condition of mankind cries for a spiritual reformer nothing should be done by God for the raising of such a reformer. If this were so, there would be no meaning in human life…’ [7]

When humankind begins to suffer from a spiritual decline, a reformer must be sent by God. Unfortunately, just like the followers of previous prophets, Muslims also began to think that Allah will never raise another messenger.

‘And Joseph did come to you before with clear proofs, but you ceased not to be in doubt concerning that with which he came to you till, when he died, you said: ‘Allah will never raise up a Messenger after him.’ Thus does Allah adjudge as lost those who transgress, and are doubters.’ [8]

When the Prophet Muhammad (sa) was sent by Allah, the followers of other prophets also said the door of prophethood is closed forever. It is written that the Jews would say:

Many other books of commentary also mention this. Imam Fakhruddin al-Razi stated:

‘The Jews and the Christians would say that it is proven from the Torah and Injil that these two laws will never be abrogated, and no prophet will ever be sent after them.’ [11]

‘And most of the ancient peoples had erred before them, And We had sent warners among them.’ [12]

Whenever a majority of the people went astray, Allah sent His prophets to bring them back to the truth. Allah states:

‘Allah would not leave the believers as you are, until He separated the wicked from the good. Nor would Allah reveal to you the unseen. But Allah chooses of His Messengers whom He pleases. Believe, therefore, in Allah and His Messengers. If you believe and be righteous, you shall have a great reward.’ [13]

This verse was revealed in Medina, which was at least thirteen years after the Prophethood of the Prophet (sa) commenced, and for the most part, the wicked had already been separated from the good. Allah the Almighty revealed this verse and said that He ‘chooses of His Messengers whom He pleases.’ for this task. This verse speaks in the present tense, thus showing us that this is an everlasting law of Allah the Almighty.

‘Corruption has appeared on land and sea because of what men’s hands have wrought, that He may make them taste the fruit of some of their doings, so that they may turn back from evil.’ [14]

Therefore, when misguidance becomes widespread, Allah raises a prophet. This misguidance was prophesied by the Prophet Muhammad (sa). He stated:

The Holy Prophet Muhammad (sa) said: ‘A time will come upon the people, when nothing will be left of Islam except its name, and nothing would be left of the Qur’an except its script. Their mosques would be full of worshippers but devoid of guidance. Their ulama (religious scholars) will be the worst of creatures under the canopy of the heavens. Evil plots will hatch from them, and to them they will return.’ [15]

Narrated ‘Abdullah bin ‘Amr: that the Messenger of Allah (sa) said: ‘What befell the children of Isra’il will befall my ummah, step by step, such that if there was one who had intercourse with his mother in the open, then there would be someone from my ummah who would do that. Indeed, the children of Isra’il split into seventy-two sects, and my ummah will split into seventy-three sects. All of them are in the Fire except one sect.’ He said: ‘And which is it O Messenger of Allah?’ He said: ‘What I am upon and my Companions.’ [16]

Similarly, regarding this latter-day prophet, Allah the Almighty also stated that in his time, the Qur’an would be treated as a discarded thing:

‘And the Messenger will say, ‘O my Lord, my people indeed treated this Qur’an as a discarded thing.‘ [17]

‘An essential teaching for you is that you should not abandon the Holy Quran like a thing forsaken, for therein lies your life.’ [18]

It is not possible to consider that Allah would leave the Muslims in this condition. In fact, He promised Muslims greater guidance than the followers of all previous religions:

‘Verily, We Ourself have sent down this Exhortation, and most surely We will be its Guardian.’ [19]

This promised protection was not only for the text of the Holy Qur’an but was also fulfilled through divine reformers. Regarding the cure to the condition of Muslims, Allah stated:

‘He it is Who has raised among the Unlettered people a Messenger from among themselves who recites unto them His Signs, and purifies them, and teaches them the Book and wisdom, although they had been, before, in manifest misguidance; And among others from among them who have not yet joined them. He is the Mighty, the Wise.’ [20]

The Holy Prophet Muhammad (sa) himself explained this verse. It is narrated:

Abu Hurairah (ra) narrates that while we were sitting with the Prophet (sa) Surat Al-Jumu’a was revealed to him, and when the Verse, ‘And He (Allah) has sent him (Muhammad) also to other (Muslims)…..’  was recited by the Prophet, I said, ‘Who are they, O Allah’s Messenger (sa)?’ The Prophet (sa) did not reply till I repeated my question thrice. At that time, Salman Al-Farisi was with us. So, Allah’s Messenger (sa) put his hand on Salman, saying, ‘If Faith were at (the place of) Ath-Thuraiya (Pleiades, the highest star), even then some men or man from these people (i.e. Salman’s folk) would attain it.’ [21]

Therefore, the Holy Qur’an is clear on the need of prophethood and there are clear prophecies about the latter-day Messiah. Many Muslims are still waiting for the second coming of the Messiah and the revival of Islam, however the signs have already been fulfilled. Where is the Messiah? According to the Ahmadiyya Muslim Community, he is none other than Hazrat Mirza Ghulam Ahmad (as) of Qadian (1835-1908).

4. Introduction to Brahin-e-Ahmadiyya, parts I and II. 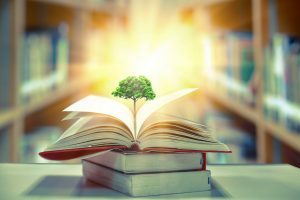 The Messiah Has Come: Divine Knowledge Bestowed on the Messiah 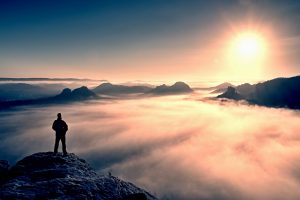 The Messiah Has Come: True Prophets Are Always Victorious Over Their Opponents 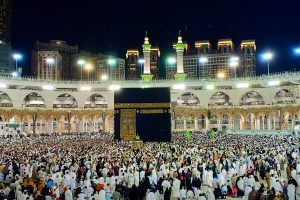 Dear Muslim Ummah! Elect One Leader…If You Can…

Why Does Islam Allow Polygamy?
Is the Ahmadiyya System of Chanda an Innovation?
Comment