The Golden Temple is one of the most iconic temples in the world. It is the holiest site within the Sikh faith and a place of pilgrimage for Sikhs all over the world. It is also known as the Sri Harmandir Sahib (Temple of God) or the Darbar Sahib (Court of the Lord). First, Guru Amar Das, third of the ten Sikh Gurus, ordered the digging of a nectar tank as a place of worship in Punjab where worshippers would obtain spiritual uplift by bathing in the water. This pool was dug in 1578 CE and became known as Amrit Sarovar (the Pool of the Nectar of Immortality). The city that grew up around it adopted the same name: Amritsar. Guru Arjan Dev, the fifth Guru, then had Hazrat Mirza Mir, a famous Sufi Muslim, lay the foundation stone in December 1588 CE. It was also Guru Arjan Dev who completed the holy scripture of the Sikhs, the Adi Granth, and had it installed in the gurdwara within the complex in 1604 CE, once the construction was complete. The gurdwara itself was rebuilt in 1764 CE following attacks by the Afghan army. The gold covering of the temple was only applied at the start of the nineteenth century by Maharaja Ranjit Singh, ruler of the Sikh empire at the time, and completed in 1830.

The temple complex, which attracts over 100,000 visitors a day, includes a langar (free kitchen) and a museum. The temple is a focal point for Sikhs worldwide who visit for the pilgrimage. 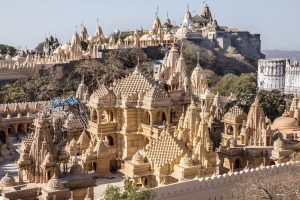 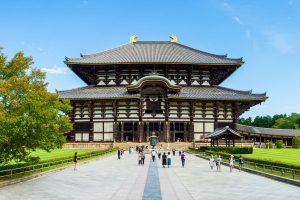 Places of Worship: The Todai-ji Temple 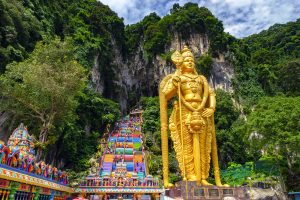