‘I have been granted knowledge from the very source of guidance;

Indeed, His grace has caused the springs [of guidance] to flow in me’ [1]

One of the recent allegations being raised by the opponents of Islam Ahmadiyya, is that the Prophets of Allah do not have teachers, while Hazrat Mirza Ghulam Ahmad (as) did have teachers. Firstly, this criteria that Prophets cannot have any sort of teacher is not found in the Holy Qur’an, nor in the authentic Ahadith [sayings of the Holy Prophet (sa)]. In fact, such a criteria contradicts the Qur’an and Ahadith.

Regarding the Prophet Moses (as), Allah states in the Holy Qur’an:

‘Moses said to him, “May I follow thee on condition that thou teach me of the guidance which thou hast been taught?”’ [2]

From this, we learn that Moses (as) was also taught by someone other than God.

Then regarding the Prophet Ismael (as), it is recorded in Sahih al-Bukhari:

‘So, they settled there, and later they sent for their families who came and settled with them so that some families became permanent residents there. The child (i.e. Ishmael) grew up and learnt Arabic from them…’ [3]

Therefore, according to the criteria of the anti-Ahmadis, both Moses (as) and Ismael (as) were – God forbid – false prophets. In their attempt to mock Hazrat Mirza Ghulam Ahmad (as), they end up mocking the other Prophets of Allah.

Are All Prophets Unlettered?

One of the misconceptions of some Muslims is that all the Prophets were unlettered. This is a misunderstanding held by many. This was only the quality of the Prophet Muhammad (sa). Allah states:

‘Those who follow the Messenger, the Prophet, the Immaculate one, whom they find mentioned in the Torah and the Gospel which are with them. He enjoins on them good and forbids them evil, and makes lawful for them the good things and forbids them the bad, and removes from them their burden and the shackles that were upon them. So those who shall believe in him, and honour and support him, and help him, and follow the light that has been sent down with him — these shall prosper.’ [4]

As for the other Prophets of Allah, it is well known that they were educated before they were given the blessing of Prophethood.

Regarding the Prophet Idris (as), it is written  in Tafsir al-Baghwi:

This is not the only commentary which mentions this, in fact The same is written in Tafsir al-Kashshaaf, Tafsir al-Qurtubi, and even in the commentary of Ibn Kathir. Ibn Kathir writes:

In Fath al-Bari by Ibn Hajr al-Asqalani (rh), it is written:

As mentioned earlier, regarding the Prophet Ismael (as), it is written in Sahih al-Bukhari:

‘So, they settled there, and later they sent for their families who came and settled with them so that some families became permanent residents there. The child (i.e. Ishmael) grew up and learnt Arabic from them…’ [8]

Moses (as) was also well educated before becoming a Prophet. It is written in the Bible:

‘Moses was educated in all the wisdom of the Egyptians and was powerful in speech and action.’ [9]

In the Old Testament history written by Wiliam Smith, he says that Moses (as) was taught about religion and he learned from the Egyptians and other literature as well. It is written:

The law of  Moses (as) was written on tablets. Allah states:

‘And We wrote for him upon the tablets about everything — an admonition and an explanation of all things. ‘So hold them fast and bid thy people follow the best thereof. Soon shall I show you the abode of the transgressors.’ [11]

Allah the Almighty says that He wrote for Moses (as) upon the tablets, which shows that Moses (as) was able to read and write.

Jesus (as) was also well educated. In the book Jesus Literacy by Chris Keith, it is written:

‘Like most jewish boys, Jesus would have been educated in the local synagogue, where he learned the Scriptures and the Hebrew language. We know from his Nazareth sermon that he could read (Luke 4:16-20). This means Jesus was probably trilingual, speaking Aramaic in the home and with his friends, using Hebrew in religious contexts and conversing in Greek in business and governmental contexts’ [12]

In the Bible, it is written:

‘He went to Nazareth, where he had been brought up, and on the Sabbath day he went into the synagogue, as was his custom. He stood up to read, and the scroll of the prophet Isaiah was handed to him’ [13]

Then in the book,  The New Testament in Antiquity, it is written:

‘Like other bots in the village, from the age six to ten, Jesus became literate in Hebrew through study of the Torah in Nazareth synagogue and he memorized vast quantities of scripture’ [14]

Since the general Muslim population raises allegations and says that these are sources from the Christians, we will now present some Islamic sources which show that not all prophets were unlettered.

In the commentary of Imam al-Razi (rh), it is written:

He explains that the Prophet Muhammad (sa) could not read but when the Torah was revealed, ‘Moses (as) was able to read it.’ [15]

Then in Tarikhul Qur’an by Hafiz Muhammad Aslam, a Sunni scholar, it is written that Jesus (as) and Moses (as) studied, but the Prophet Muhammad (sa) only learned from Allah. [17]

The Prophets learned all spiritual treasures relating to the faith from Allah the Almighty and this is what the Promised Messiah (as) has explained throughout his books. As for other knowledge of reading or writing, there is absolutely no harm in having a teacher.

Did Hazrat Mirza Ghulam Ahmad (as) have Teachers?

The opponents of the Ahmadiyya Muslim community take some of the writings of the Promised Messiah (as) out of context. For example, he wrote in Barahin-e-Ahmadiyya:

‘Worthy of infinite praise and adoration is the Mighty Lord who demonstrated His great power by creating all souls and bodies through His command and decree, without any preexisting matter or substance and who manifested the sign of His eternal grace by imparting knowledge to, and perfecting the morals of, all the noble Prophets (as) without the agency of a teacher or mentor.’ [18]

In this passage, the Promised Messiah (as) is referring to the flawless character of the Prophets and that the knowledge they gain is from Allah. This refers to the knowledge they bring to the people as prophets, not the general knowledge which prophets learned from the people. The same case is with the Promised Messiah (as). During his childhood, when he was 6 or 7 years old, a teacher taught him basic reading of the Qur’an and some Persian books. He also had a teacher at the age of 10, who taught him some basic grammar. Then he had a teacher at the age of 17 or 18, who taught him grammar, logic, and herbal medicine. He was never taught the secrets of Qur’an or ahadith by anyone, other than Allah.

Regarding this, Hazrat Mirza Ghulam Ahmad (as) writes:

‘Thus, the coming person was named Mahdi, and there is this hint in it that the coming person will get religious knowledge from God, and will not be a student of any teacher in Quran and Hadith. Thus, I say it on oath that this state is my state. No one can prove that I have studied even a chapter of Quran or Ahadith or Commentary from any human or have been a student of any Commentator of the Qur’an or any expert of Ahadith. Thus, this is the Mahdi-hood which I have attained through the blessing of the Muhammadi Prophethood. And the secrets (the in depth understanding) of religion have been unveiled to me directly (without any worldly source)’ [19]

The Promised Messiah (as) also states:

‘He made me known and He did it with such rapidity as the lightning that suddenly reveals its flash from one end to the other; I was ignorant—He granted me knowledge from His own’ [20]

In the end, we pray that Allah the Almighty guides all the Muslims to the true Islam, Ameen

[12] Jesus Literacy : Scribal Culture and the Teacher from Galilee, Page 12 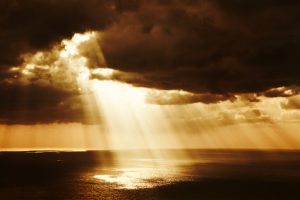 Dear Muslim Ummah! Elect One Leader…If You Can…
Google Search Results to ‘The Caliph of Islam’- A Response to Allegations Against Islam Ahmadiyyat
Comment