Praying is like the sowing of a seed by a farmer. Apparently he buries the good seed in the soil and who can expect at that time that the grain of seed will grow up in the form of a good tree and bear fruit? Outsiders and even the cultivator himself cannot see that the grain is assuming the form of a plant inside the earth. But the reality is that within a few days the grain undergoes a change and begins to assume the shape of a plant till its shoot emerges from the earth and becomes visible to everyone. From the moment when the grain was placed in the earth it had started its preparation to become a plant, but an eye that can only perceive the visible was not aware of it till its shoot emerged from the earth and became visible. An ignorant child cannot understand at that stage that it will bear fruit only at its due time. He desires to see it bearing fruit immediately, but an intelligent cultivator will know the time of its bearing fruit. He looks after it steadfastly and nurtures it till the time comes when it bears fruit and also ripens.

The same is the case with prayer, which is nurtured in the same way and brings forth fruit. Those who are in haste get tired quickly and give up, and those who are steadfast persevere and arrive at their objective. It is true that there are many stages in prayer, ignorance of which deprives the supplicants of the fruits of their prayers. They are in a hurry and cannot wait, whereas there is progression in the works of the Almighty. It never happens that a man marries today and a child is born to him next morning. Though God is All-Powerful and can do whatever He wills, yet compliance with the law and the system that He has appointed is necessary. In the first stages of childbearing nothing is known, like the nurture of vegetation. For four months there is no certainty. Then a movement begins to be felt and after the expiry of the full period the child is born after great travail. The birth of the child also gives a new life to the mother. It is difficult for a man to form a concept of the troubles and travails which a woman has to endure during her pregnancy, but it is true that the coming of a child is a new life for the mother. She has to accept death so as to have the joy of bearing a child. In the same way, it is necessary for a supplicant that he should discard haste and endure all troubles and should never imagine that prayer is not accepted. At last the time arrives for the result of the prayer to be manifested; the child which is the objective is born.

A prayer should be carried on to the limit until it produces a result. You will have observed that a piece of cloth is placed under a burning glass and the rays of the sun concentrate upon it and their heat arrives at the degree which sets the cloth on fire. In the same way, it is necessary that a prayer should be carried on to a stage where it should develop the power of burning up failures and frustrations and to fulfil the desired purpose. 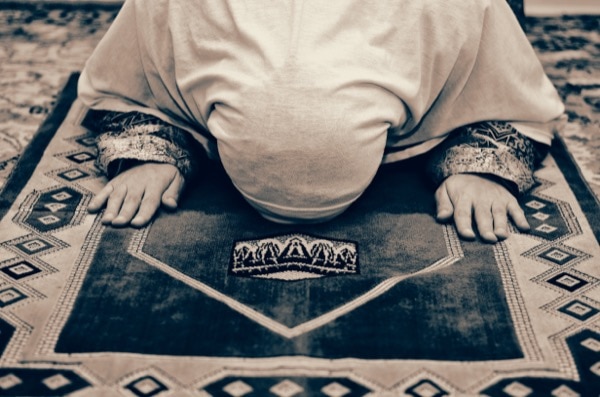