(Translated from Arabic by Murtaza Ahmad)

Some years ago, word spread in our village about our family being followers of the Promised Messiah (as). The opponents of Ahmadiyyat conspired against my son and set fire to his barber shop, his livelihood. They wronged my son and targeted him, but he put his trust in Allah and desired consolation from Him alone. My son did not claim compensation for criminal damage, nor did he file a case.

Two days prior to this incident, I saw in a dream that the National President of the Ahmadiyya Muslim Community in Palestine, Muhammad Shareef Odeh, paid a visit to our house and entered the kitchen. I had no food to offer him. He left the house, exclaiming aloud:

‘Whatever Allah wills happens, and whatever He does not will does not happen.’

But then he said:

On the morning of the second night after I had the dream, we received news that our barber shop had been set ablaze. I prayed with the same words I heard Muhammad Shareef Odeh say in my dream, and I continued to pray for my son’s livelihood against all odds.

Despite the malice of our opponents, our living God decreed that our business should remain.

After some time, we completely refurbished the business and today, by the sheer grace of Allah the Almighty, our barber shop is a resounding success. The same village which was rampant with persecution is now a village in which hearts have turned to our shop with love! It is now the most popular business in the village.

Several years later, the arsonists were exposed after fighting among themselves. One of them attempted to murder the other, and both landed themselves in prison, with the offender incurring a huge loss after reaching a settlement with the other party to drop the case. ‘Holy is He who has vanquished my opponents.’

Divine retribution fell hard upon those two individuals. My dream came true and I saw the signs of an All-Powerful and Living God. Through this incident, Allah has taught my family to trust Him no matter what. ‘If He wills something, it happens and if He does not will something, it does not happen.’ Allah is the One Who protected us, changed the hearts of our neighbours, and finally brought my son much success. Al-hamdu l-illaahi rabbi l-ʿaalameen [All praise belongs to Allah, Lord of all the worlds].

May Allah inspire our hearts with absolute trust in Him, and enable us to continue witnessing His beautiful signs, which come with accepting the Promised Messiah and Imam Mahdi (as). Ameen.

About the Author: Hysniyya Salman lives in Kafr Jammal in the West Bank of Palestine with her son. 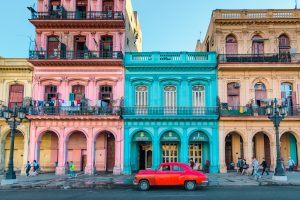 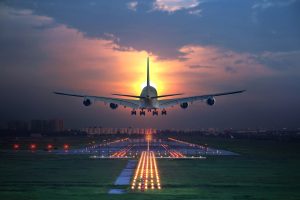 A Miraculous Path Opened by Prayer

Dissecting the Design of the Almighty God: A Medical Student’s Perspective
Divine Attention is Drawn Through Prayer
Comment