Qufu held an important place in Confucius’ life. He grew up there, worked his way up from minor government positions in Lu to the high position of minister of crime. Struggles with the ruling families led to his exile from Qufu however, but 14 years later, the duke of Lu summoned him back home. After his return, the present ruler and his counsellors regarded him as the ‘state’s elder’ (guolao). They either approached him directly for advice or used his disciples as intermediaries.

Before leaving Qufu, Confucius had a small number of students who were considerably younger than him and native to Lu. He did not actively recruit them nor did he start any school. They were mainly young men from a wide range of backgrounds who sought to learn from him skills that might get them started on a path toward an official career. In the later part of his life, when Confucius returned to Qufu, his disciples grew considerably in number, whom he taught about compassion and virtue in his home,until his death.[1] It was traditionally believed that Confucius had three thousand students, but that only 72 mastered what he had taught.

The temple started as the three houses of Confucius in the year of 478 BC, the second year after his death, when the Duke of Lu declared it as sacred.[2] Besides the houses, the enclosure contains an ancient tree said to have been planted by the sage, and a well from which he drank. After his death, as Confucianism spread in Chinese culture, the temple’s scale was expanded. In 205 BC, Emperor Gao of the Han Dynasty was the first emperor to offer sacrifices to the memory of Confucius at the temple. In 1012 and in 1094, the temple was extended into a design with three sections and four courtyards, around which eventually more than 400 rooms were arranged. In 1214 the temple was destroyed in a fire and after it was restored, a wall was built around it. In total, the Temple of Confucius has undergone 15 major renovations and 31 large repairs.

The Terrace of Apricot, a tile-roofed platform, is where Confucius used to give lectures to his disciples and offerings are regularly made at altars around the temple. As traditional Chinese principles began to deteriorate, resulting in a period of moral decline, Confucius recognised an obligation to teach and reinforce the societal values of compassion and tradition.

Early Confucians practised many rituals, particularly through sacrifice. In the Confucian tradition, there are three levels of sacrificial ritual: Great Sacrifice offered by the emperor, Middle Sacrifice offered by court officials, and Minor Sacrifice offered by local officials. Sacrifices to Confucius were ranked as at the Middle level and held twice a year; once in the autumn and once in the spring.[3] Today, offerings to Confucius are still continuously being made there, and scheduled major music and dance events draw many people who dress in traditional Chinese dress and come to worship Confucius. One of the main annual events held is The Qufu International Confucius Culture Festival between September 26th and October 10th. Celebrations include a grand ceremony of thousands of worshipping Confucius, performances at the Temple of Confucius and the Cemetery of Confucius and occasionally a kung fu competition. These performances are often accompanied with ancient music and dance, which are performed in an ornate manner.[4]

[2] Advisory Body Evaluation of the Temple of Confucius, the Cemetery of Confucius, and the Kong Family Mansion in Qufu (ICOMOS) (Report). ICOMOS. 1994.

[3] Thomas A. Wilson, Hamilton College, The Cult of Confucius: Images of the Temple of Culture 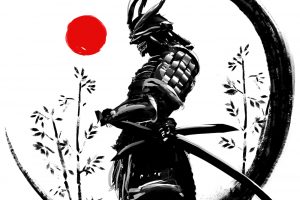 The Way of the Warrior: Samurais and Spirituality 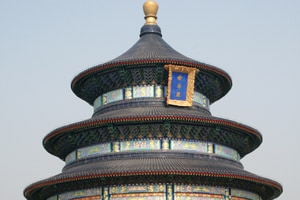 Buddhism • Taoism • The Companions of the Holy Prophet (sa)

Places of Worship – Petra
World Faiths: The One
Comment