The Basis for the Promised Messiah(as)’s Praise

This year the Diamond Jubilee of Queen Elizabeth II is being celebrated. The Ahmadiyya Muslim Community has gone to great lengths to express its gratitude and praise of the Queen and the British Government. This is based on the practice of the Founder of the Ahmadiyya Muslim Community, who extensively paid tribute to Queen Victoria and the British Government during her Diamond Jubilee. What, however, was and is the background to this praise? This is a question that, unfortunately, opponents of the Community have tried to distort with false propaganda. A common allegation repeatedly raised by Muslims groups since the time of the Promised Messiah(as) is that his extensive praise for the British proves he was a British agent. Aside from the fact that some of the non-Ahmadi Muslim scholars at that time in the Sub-Continent were showering lavish praise on the British, and some received land and property as reward from them, it is striking that the Promised Messiah(as) was the only one amongst the Muslims who selflessly invited Queen Victoria to Islam. Hadhrat Mirza Tahir Ahmad(rh), 4th Head of the Ahmadiyya Community, has shed light on this matter:

Hadhrat Mirza Tahir Ahmad(rh) concludes that the Promised Messiah(as)’s praise was based on true Islam:

“So why the Promised Messiah(as) praised the British Government was just because of the dispensation of justice. And he laid special stress on this…He said: The reward of goodness is nothing but goodness (Holy Qur’an, Ch.55:V.61). It was not because of what they did to his family that he is praising them. It is what they did to Islam – [and] not to Jama’at Ahmadiyya either. When he praises them, he praises them in reference to their services to the cause of the Muslims in the Sub-Continent…The British relieved the Muslims and established peace. In that peace an atmosphere of dialogue was created…whenever the Promised Messiah(as) praised the British Government, it was always in this reference; in no other reference. In one place he praises them very highly, and the Mullahs take that passage out to deceive people, that ‘look here; this is their agent, why should he praise the British Government?’ While if you read on in that same passage, you will find he is praising them for rehabilitating a Muslim mosque, to the Muslims…that is not directly concerned with Ahmadis either. Just some Muslims in India are given a mosque, and the Promised Messiah(as) is so grateful – he goes on praising that Government. Now all this is based on the teachings of the Holy Qur’an: The reward of goodness is nothing but goodness …So he was following the Holy Qur’an, not these mullahs…He was just following the Holy Prophet of Islam(saw).”

In this light, based on true Islam, we have dedicated a part of this Edition to articles relating to the Diamond Jubilee.

The Reality of Miracles 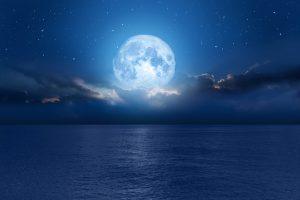