Has not the time of the last calamity, which was destined for the latter days of Islam, arrived? Can anyone prove from the Holy Qur’an and Hadith that a time is yet to come which will bring greater trials than those that are current today? Brethren, do not wrong your souls and reflect well that the time has arrived when external and internal trials have reached their climax. If you would put all these trials and tribulations on one side of the scale, and for the other side of the scale you would search through the Holy Qur’an and the whole body of Ahadith, you would not find a thousandth part of the tribulations with which Islam is afflicted today. Which then is the time of a greater Dajjal and greater tribulations which is yet to come? Can you point to any tribulation which is mentioned in the Holy Qur’an and in the Ahadith and which is not to be encountered today? You might employ yourselves in this research to your last breaths, but you will not be able to show from the Holy Qur’an and the Ahadith that there will ever be a time of greater tribulations than those with which we are faced today.

Gentlemen! Even the father of your supposed Dajjal could not have conceived of all the wickedness and deceit that is spreading in this age. Mankind is being led astray in a thousand ways, which would need volumes to describe, and the opponents have been so successful in their efforts to misguide people that hearts are atremble thereat. Their sciences and their philosophy have sown the seeds of such temerity and audacity that everyone of their votaries claims to be god. Wake up, therefore, and observe what sort of age we are witnessing and reflect how the trend of present thinking is opposed to the pure Unity of God, so much so that the very concept of Divine power is considered absurd, and he who talks of the Divine Decree is accounted a fool. Philosophers and their ilk are spreading atheism and trying to take possession of the whole machinery of Godhead. They want to control epidemics, to avert death, to cause rain, and to cultivate at will. In short, they want everything to be in their power. It is a matter for reflection that there is no end to all this misguidance and both wings of Islam are under assault. O you who are asleep, awake! O you who are heedless, arise, for you are faced with a great revolution. This is the time for weeping and not for sleeping; and it is the time for supplication and not for mockery, ridicule and charging people with heresy. Pray that God Almighty may grant you sight so that you may perceive fully the present darkness and may see the light which Divine Mercy has prepared to dispel it.

Get up during the latter part of the night and seek guidance from God Almighty through weeping and crying and do not waste your time in contriving designs and praying against the Jama‘at set up by God. God Almighty will not follow your heedless and misguided designs. He will make manifest to you the follies of your minds and hearts and will help His servant. He will not cut down the tree which He has planted with His own hand. Is there anyone among you who will cut down a tree which he expects to bear fruit? Then why would He, Who is All-Wise and All-Seeing and Most Merciful, cut down the tree, the blessed season of whose harvest He is awaiting? When you, being men, would not do such a thing, why would He do it Who knows all hidden things and reaches the bottom of every heart. Remember, that in this confrontation you are striking your swords against your own limbs. Do not thrust your hand into fire lest the fire should flare up and consume it. Remember well that had this been man’s doing, there would have been many who would have destroyed it and it would not have survived for twelve years, which is an age of maturity. Do you recall any impostor who, having falsely claimed converse with God, has survived for such a long time? It is a pity that you do not reflect nor recall the verses of the Holy Qur’an, wherein God says with reference to the Holy Prophetsa, that had he falsely attributed the smallest thing to God, He would have severed his jugular vein. Who is dearer to God than the Holy Prophetsa, that he should not only survive such a great imposture, but should be enriched by Divine bounties? Brothers! Refrain from self-deception and be not obstinate in matters which are specially in the knowledge of God. Break your habits, become new men and tread along the paths of righteousness so that He may have mercy on you and may forgive your sins. Fear God and restrain yourselves. Is there not one among you who is rightly guided? If you do not desist, God will soon bring help to His servant and will break up his enemies and you will be able to do him no harm.

Need for Purification to Find the Truth

O ye people, who are being called to goodness and righteousness, be sure that you will be drawn to God and will be cleansed of the evil stain of sin only when your hearts are filled with certainty. You might say that you already enjoy certainty, but you only deceive yourselves. You do not enjoy certainty because you do not possess its essentials. You do not refrain from sin and do not step forward as you should nor do you fear God as you ought to. Consider and reflect that a person who is certain that there is a serpent in a particular hole does not thrust his hand into that hole. He who is certain that a particular food is poisoned does not eat it. He who is certain that a thousand wild tigers abound in a forest will not carelessly wander into it. How can your hands and your feet and your ears and your eyes be daring enough to indulge in sin if you truly believe in God and His judgement? Sin cannot overcome certainty. Can you thrust yourselves into a consuming fire? The walls of certainty rise to heaven; Satan cannot climb over them. Whoever has been purified has been purified through certainty. Certainty invests a person with the strength to bear pain, so much so that it makes a king relinquish his throne and makes him put on the garb of a mendicant. Certainty makes every pain easy to endure. Certainty makes one behold God. All ‘Atonement’ is false and all ‘Redemption’ is vain. All purity proceeds only from certainty. It is only certainty that rescues from sin, leads to God, and puts a person ahead of the angels in sincerity and steadfastness. Any religion that does not provide the means for attaining certainty is false. Any religion that cannot exhibit God through sure means is false. Any religion that has nothing to offer except ancient tales is false. God is as He ever was, His powers are as they always were, and He has the ability to show signs as He always had; why then are you content with mere stories? The religion is dead whose miracles and whose prophecies are only tales. Ruined is the Jama‘at on which God has not descended, and which the hand of God has not purified. 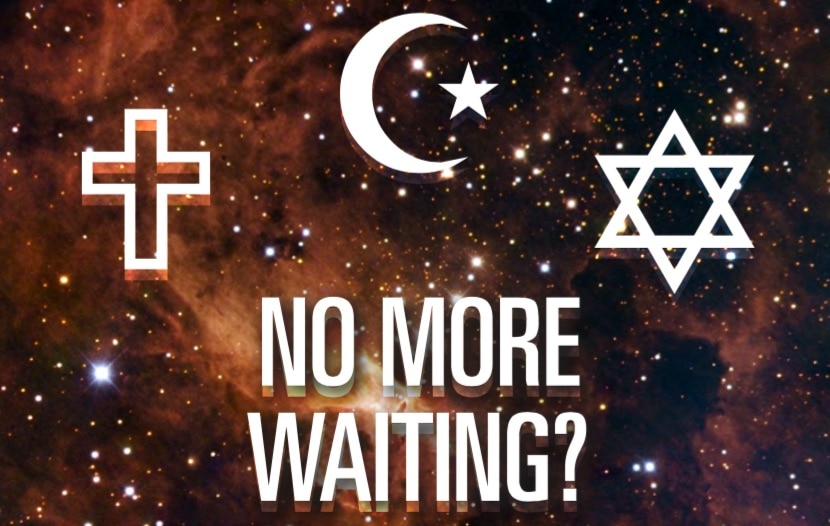 End Times, Armageddon & the Return of the Messiah