I am writing this letter to you as the Head of the Ahmadiyya Muslim Community – an entirely peace-loving and peace-promoting community spread across 204 countries of the world.

Due to the prevailing circumstances in the world, I have been reminding the people of the world in my different discourses and addresses, their duty and responsibilities towards their Creator and their fellow beings. Regrettably, I did not have the chance to speak to you directly, however the present day escalating situation in Syria has prompted me to write to you and commend your effort in bringing the world together onto a table of dialogue rather than the battlefield. An attack would risk a war not only in the region but could have led to a world war. I was therefore very pleased to read your recent article in a major Western newspaper in which you highlighted that such a course of action was extremely dangerous and could lead to the war spreading. Due to your stand, the major powers have refrained and have adopted a more conciliatory stance, agreeing to resolve this issue through diplomatic channels. Certainly, I believe that this has saved the world from a colossal and huge destruction. I particularly agreed with your point that if countries decided to act independently and made unilateral decisions then the United Nations would suffer the same fate as the League of Nations and would fail. Certainly, the sparks of war recently ignited but thankfully they now seem to have subsided somewhat. May God the Almighty enable the risk of war to be eliminated altogether as a result of the positive step that has been taken. May the major powers come to care and respect the smaller nations and fulfil their due rights, rather than only being concerned for their own powers of veto.

In any case, your efforts towards establishing peace have obliged me to write this letter of thanks to you. I pray that this is not a temporary effort, but rather I hope and pray that you always make efforts towards peace. May Allah enable you to achieve this.

For the sake of world peace, wherever I have the opportunity, I draw the attention of people towards establishing peace through justice. Some of my addresses have been published in a book entitled World Crisis and Pathway to Peace. I am enclosing a copy of this book as a gift for you.

With best wishes and with prayers,

The Attributes Of Allah 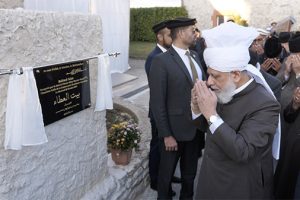 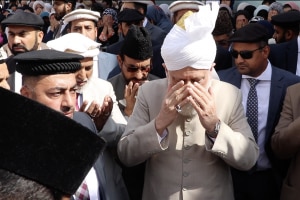