Continuing his European Tour, His Holiness Hazrat Mirza Masroor Ahmad (aba), Worldwide Head of the Ahmadiyya Muslim Community, Fifth Khalifa (Caliph) inaugurated the Baitul Hamid Mosque in Fulda Germany today, 20th October 2019. After, His Holiness addressed an audience of non-Ahmadi German guests at the Maritim Hotel. The Review of Religions is pleased to present a brief summary of the address of the Caliph.

At the beginning of his address, His Holiness thanked all the guests for attending the function, stating that it was a great moment of joy for the Community, especially for the Ahmadis in Fulda. He then thanked the council and mayor for assisting the Community in constructing this mosque.

He also said that their presence at the event demonstrates that they wish to live in peace with people of all religions. For all these nationalities to live here in this historically Christian city is a great sign of the accepting nature of the people of Fulda.

Thereafter, His Holiness stated that the world has become a global village with all its technological advancements and improvements in transport and communication etc. So in a way the whole world has become one and is bringing everyone together like a global village. Hence, we should use all of this to our advantage rather than to fear one another – this is the task of every one of us, regardless of religion.

His Holiness said that the National President of the Ahmadiyya Muslim Community Germany had mentioned in his welcoming remarks that there is a museum here. It is a very important task to preserve our history. We can only do so when we take benefit from such issues and by learning lessons from them.

His Holiness said he had been told that Fulda is a popular place for education. True education is where we learn to have goodwill towards one another, be broadminded, listen to one another and attend the functions of others. If not then there is very little benefit to education. So it is the open heartedness of the guests which brought them to the event today.

The church representative mentioned something important that the worship of God also brings peace. This in reality is the way of those who spread peace and brings the hearts together. In  Madinah a Christian group came from Najran. It was the time for their prayer but they did not have a place to perform it. Whilst seeing this the Holy Prophet (sa) told them to not worry, as his mosque was for the worship of God, so they could perform their worship there. This is how peace is spread and interfaith relations are strengthened. This is the teaching of Islam, which is being misrepresented nowadays. The name Islam itself means ‘peace’ so if a Muslim disregards this teaching, he or she cannot be called a true Muslim.

A true Muslim is one from whose tongue and hands others are secure.

God has granted man logic and understanding, so we should treat others better than the way animals treat one another. By doing so, we value one another even more.

Hazrat Mirza Ghulam Ahmad, the Promised Messiah (as) also organised a religious gathering, where representatives of each religion all spoke but on the condition that they could only speak good about their own religion and not speak ill of any other religion.

The Qur’an teaches that there is no compulsion in religion so we must listen to people of all faiths and this is what brings mutual peace. We should respect the human values of one another.

Even though there are many who pray, they do not take care of the poor and orphans etc. Such people’s worship goes in vain. True worship is that which is accepted, and is when one also looks after the rights of others. We should have tolerance and respect for each and every human being.

May this mosque be a means of spreading peace and the true message of Islam. Ahmadis will be seen carrying out this duty from hereon in. His Holiness ended by thanking all the guests for their attendance and finally led a silent prayer.

Before the address of His Holiness, some dignitaries delivered brief remarks.

Sara mentioned that she felt very fortunate to be here and conveyed the apologies of the President of the Luther Church. Thereafter, she said that both of our communities have a big task at hand, because unfortunately, there are few who are truly ready to live peacefully together but we are able to do so. We both believe in one God. We must keep our doors open and allow all people to enter. The Bible teaches to seek peace and tread the path of peace. On this occasion, we all welcome you and congratulate you. We have come here hoping to find it a place of peace. Sara then presented an award to His Holiness.

Kurt said it was his pleasure to be here to represent the leader of his organisation. Over 100 nationalities and many different religions are a part of it. In September 2012 all religious representatives sat at round table in Fulda and the Ahmadiyya Muslim Jama’at also participated. Many different programs are held by his organisation for peace such as lectures. There is one thing all have in common which is that we are all human beings, but some fail to understand this. We must see everyone as a human being to be able to respect one another and uphold the rights of all peoples. The Ahmadiyya Muslim Community are also playing a big role in this. Kurt said he had hopes of this mosque that has been built as a House of God where Ahmadi Muslims will live in peace with all their neighbours and the people of Fulda.

Abdullah Wagishauser, the National President of the Ahmadiyya Muslim Community in Germany said a few words relating to the history of the city, in particular about its deep-rooted Christian background, whilst referring to Saint Boniface. He further spoke about the importance of education in the city whilst mentioning the museum and universities in the city.  Finally, he gave a brief introduction to the Ahmadiyya Muslim Community and its role in Germany.

Battle of Badr: A Lesson in Muslim Unity 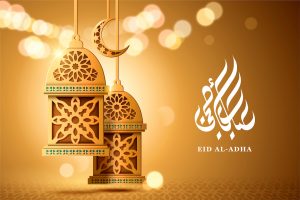 The Spirit of Eid al-Adha