The Servitude of The Holy Prophet (sa)

Study the Holy Qur’an and you will see that there is not a single example of anyone who can match the Noble Prophet (sa), who was the perfect man, nor can he be matched until the end of time.

This was to such extent that even in the Muslim creed which professes the Unity of God, the Holy Prophet (sa) declared that it was incumbent to profess the Prophet’s (sa) servitude to God as a necessary constituent — a declaration, without which a Muslim cannot be a Muslim. Reflect again and again!

To entertain in our hearts and minds those ideas previously mentioned, is absurd and inappropriate, given how our Perfect Guide lived such a life that even after attaining to the highest possible status in nearness to God, he still did not fail to acknowledge his own servitude to the divine. [2] 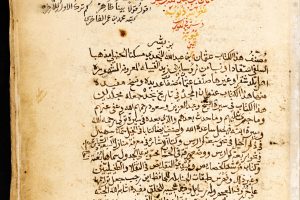 Wahhabism and the Rise of the Saudis: The Persecuted Become the Persecutors