The Jewish community was well established in many parts of the Roman Empire, so it was no surprise that in cities such as Rome and Florence, there was also a Jewish community as far back as the 2nd Century BCE. Initially, many Jews migrated to Italy for trade, but as relations with Palestine (Judea) worsened culminating in the Jewish War of 60 CE in Jerusalem, some of the subjugated Jewish people were brought over as slaves. However, the presence of the Jewish community grew over the following centuries. It was not until the unification of Italy in 1870 that Jews were finally made citizens, and gained the confidence to build a new and impressive synagogue in the city of Florence. For the Florentine Jews of Tuscany, they were given their freedom earlier in 1848 unlike their friends in Rome.

The synagogue was constructed from 1874 to 1882, in a location near to Piazza d’Azeglio, and was one of the largest in southern Europe. The design borrows from Islamic Spain and other influences, where Jews had thrived and played such a central role in governance and trade.

The huge dome is covered in copper which now appears green through oxidation and weathering. The Great Synagogue stood out in the city of Florence and was a source of pride for the Jewish community that had, up to now, been confined to a ghetto as with many other cities in Europe.

As with many other parts of the continent, the Second World War brought anguish and suffering for the Jewish people of Florence. Many fought for Italy, but 248 were also put to death by the Nazi regime of Germany. Indeed, during the war, the Synagogue had been used by the Nazis for storage, and when they left, they worked with local fascist fighters to destroy the structure. However, Italian resistance fighters helped to defuse many of the devices and limit the damage. 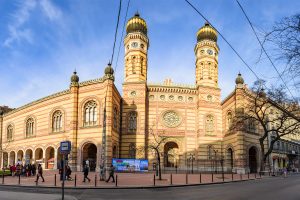 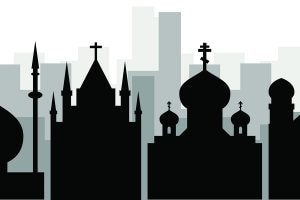 Navigating Through Covid-19; a Rabbi, Priest and Imam 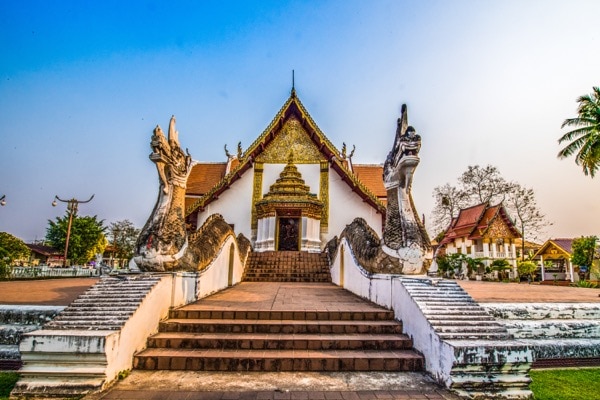