In 1931, respected Maulana Abul `Ata Jalandhri Sahib, went to Palestine to propagate the message of Islam. In those days, the cholera epidemic had spread in Basra (Iraq). Since he passed through Basra, he had to spend a few days in quarantine. He later wrote an article about this which is presented here for readers.

I have come to Palestine from India, by way of Iraq and Syria. To make this journey, one must travel from Karachi to Basra by ship, from Basra to Baghdad by rail; Baghdad to Damascus, reaching Haifa via Beirut by motor vehicle. I boarded the ship from Karachi on August 16, and reached Basra on August 20. Cholera had broken out in Basra, and so it was necessary to get two injections before getting off at the harbour. I had gotten one injection in Karachi and one on the ship. Passengers going to Baghdad were not permitted to go to Basra. I went straight to the railway station from the harbour and reached Baghdad. The outbreak of cholera in Basra would become the entire reason for the coming quarantine, only because as a traveller, I passed by the air of Basra. The Iraqi government has made it mandatory for such a person to remain in Baghdad for at least five days, then he gets permission from the Health Department to leave. Based on my circumstances, I got a medical certificate after nine days and departed. But when I reached Damascus on September 1, I was held there for a day, and after a test, they gave me a certificate saying that I do not have the cholera virus or any symptoms. I was stopped again at the Palestinian border as it was necessary to be tested twice; there was also a test from the French government which they said they would administer themselves. So I was forced to stay in quarantine in Haifa for about a week. I was tested twice and after being medically cleared, I finally reached my destination on September 8, Alhamdolillah!

What is quarantine? Before the resident of an infected area or someone who has passed through such an area enters their borders, every government ensures that they do not have any symptoms of the illness. Being held for the sake of surety is called quarantine, and it is also the name of the place where one is held for this purpose. Hence, quarantine in Arabic is حجر صحی (hijrun sahi) and محجر صحی (mahjarun sahi). I have been made to stay in quarantine in two places. I know how a person feels in such an instance; you are not allowed to meet anyone nor are you allowed to go to get anything. In Haifa, members of the Jama’at (community) and Maulana Jalaluddin Sahib came to meet me but we were not even allowed to shake hands. They simply said Assalamo Alaikum (peace be upon you) from the other side of the fence and left. The food arrangements are not good either, and the best part is that you have to pay for the food as well. Long story short, quarantine is an imprisonment of solitude for a few days. If it is understood from the Islamic perspective, it is the societal form of worship in I’tikaf.

The first thing, or first lesson learned in quarantine is that that a yellow flag is raised above the quarantined area, as a sort of indication for where the sick people are. It has been narrated in Hadith that when the Promised Messiah will descend, he will be wrapped in two yellow sheets. In the science of interpretation, this means two sicknesses; however the colour of this quarantine flag physically supports this as well. If only our opponents understood.

The second lesson one learns is that one must truly avoid bad company. You see, I did not even enter Basra, yet just by simply passing through its borders I had to bear this consequence. How wonderfully it has been said

The third lesson one learns is that when a worldly government takes such precautions for entry into their country, then imagine the precautions taken by the spiritual and heavenly government. People of this world can be deceived by others; but that God Whose sight extends into the depths of people’s hearts; to what extent can a careless person evade His sight?

The fourth lessons one obtains is that before entering a new kingdom, it is necessary for there to be tests and trials, so that there is complete cleansing. Similarly, when one abandons the illness of disbelief and wishes to enter the kingdom of belief, it is necessary for him to pass through trials  so that he may be cleansed and obtain a certificate of purity from filth and foulness. It is stated:

The fifth lesson one learns is that this initial discomfort is in fact beneficial for one’s self. This shows that those who perceive the hardships of heavenly orders to be their ruin are in the wrong. In fact, these hardships are to help shape a person and are solely for the sake of his betterment.

The sixth lesson one obtains is that Islam is a complete religion and is in exact accordance with the natural disposition, because by inculcating the habit of striving within people, it desires to make them resilient, preparing then for any future calamities. Thus, from the standpoint of solitude, I’tikaf is very similar to this quarantine.

The seventh lesson; until the results of the test are not out, a person feels scared, and when he receives the certificate of his health, he forgets the distress he was just in and becomes cheerful. Similarly, the hardships of this world become absolutely nothing after receiving the certificate of Divine Pleasure; one immediately forgets the pains and hardships and happily enters heaven, where there is no death, nor any fear of death. That certificate is the loving and comforting Voice of God Almighty which says 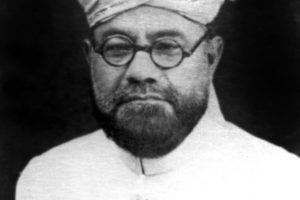 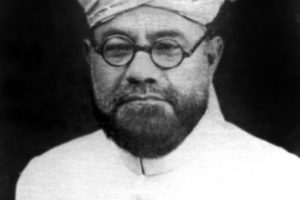 The Moon of the Prophets – Part 1

Who are We to Judge?
Interview with National President of the Ahmadiyya Muslim Association UK – the Community During Covid-19
Comment