‘So many people will come to you that the track by which they come will deepen.’

—Revelation to the Promised Messiah (as), Tadhkirah, 755

I’d always expected that one day the international Jalsa might limit who could attend. When – as we believe – much of the world turns to Islam Ahmadiyyat, I imagined that so many people would want to go to Jalsa that it would simply be unsustainable to cater to all of them. How many people could possibly attend a physical Jalsa? 500,000? A million? Jalsa attendees, are, after all, the guests of the Promised Messiah (as), so everything from their transport to their accommodation to the food at the langar khana (kitchen of the Promised Messiah (as)) has to be arranged for them. And of course, MTA does a splendid job of conveying the proceedings to a worldwide audience, so in the strictest sense, nobody is really missing Jalsa at all.

In any case,  I’d anticipated that someday in the future, each country might have quotas limiting who could attend the international Jalsa, that people who had gone one year might have to wait five years before attending their next Jalsa, that even those with the means and the visas wouldn’t be able to just jump on a plane at the last minute if they wanted to attend. I imagined that our children, or our children’s children, might look back enviously at our era, when anyone who had the means to attend Jalsa could.

I just didn’t think it would happen so soon.

Living in the US, my husband and I have been fortunate enough to attend the Jalsa for several years running before the pandemic. One year we thought it might be difficult to go, so we made no plans. But as the date loomed closer, I started looking for flights, thinking that while there was a chance for us to go, we should at least try to go. And so that year we ended up snagging a flight to Stansted at the last minute, arriving the day before Jalsa. And in this second year of not being able to go to Jalsa, I’m grateful we were able to attend that year.

The Promised Messiah (as) wrote once that he used to dine with his guests but that the sheer volume of guests, among other reasons, meant that eventually he was unable to sit with them as he used to. We might look back on that era with some longing for how the early companions were able to spend so much time with the Promised Messiah (as). But we should also remember that future generations might also look back at this era with some of the same longing, when anyone could go to Jalsa if they wanted to.

As Huzoor (aba) mentioned on Friday,Insha’Allah (God-willing), we will all be praying for Jalsas worldwide to return to their former grandeur and scope, to return to meeting our friends and making new ones, to seeing Huzoor (aba) in person, to soak up the spiritual atmosphere and camaraderie that are part of that onsite Jalsa experience. When they do, I expect we will all treasure them that much more. 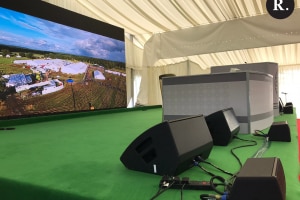 Experiencing the Blessings of Jalsa Salana UK in Morocco 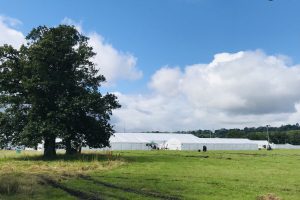 My Feelings About Joining Jalsa Salana UK from Home 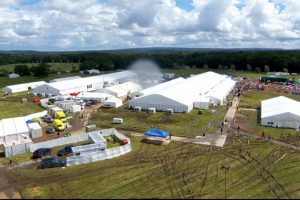