Racism, as defined by Encyclopaedia Britannica, is the belief that humans may be divided into separate and exclusive biological entities called ‘races’; that there is a causal link between inherited physical traits and traits of personality, intellect, morality, and other cultural and behavioural features; and that some races are innately superior to others. [1] Despite legislations, today most people are exposed to racism in some form or the other; such as perpetrators, victims, survivors, accomplices, or silent witnesses.

The root of racism is pride, conceit, and a false sense of superiority which leads to a behaviour of ridiculing and taunting others. The natural consequences of this behaviour are discord and dissension that eventually corrode society. The scientific research into tackling racism suggests that eradicating racism requires identifying and dismantling the fundamental structures that lead to individual bias. [2] In other words, developing a mindset that embraces equality and lays the foundation of solid camaraderie in the communities.

Allah the Almighty says in the Holy Qur’an,

The verse, in fact, constitutes the Magna Carta of human fraternity and equality, eliminating the false notions of superiority based on racial arrogance or national conceit. [4]

We are reminded that all human beings are created by the same process, and hence are equal. In the 21st century, this concept is endorsed by genetic studies. The scientific consensus is that race does not exist as a biological category among humans. The genetic variations found within any racial group are far greater than the genetic variations seen between different racial groups. [5] Thus clarifying the concept that our Creator created us all as equals despite differences in the pigment of our skins, our worldly possessions, our social status, or our ancestry.

“O ye men! Your God is One and your ancestor is one. An Arab possesses no superiority over a non-Arab, nor does a non-Arab over an Arab. A white is in no way superior to a red, nor, for that matter, a red to a white, but only to the extent to which he discharges his duty to God and man. The most honoured among you in the sight of God is the one who is most righteous’.

This statement clearly indicates that human beings have neither the right nor the authority to judge anybody’s superiority. Only God, Who has the knowledge of the true intentions, deeds and commitments of an individual, is rightly placed to judge greatness amongst men.  The real measure of greatness is the good we spread and the good we bring to other human beings. Our inherited biological characteristics have no role in determining our superiority or greatness.

To eradicate racism, Islam offers the highest ideal of ‘whole-heartedly accepting equality’ at the heart of every human interaction. In the eyes of God, we are all equal. The superiority of humans is determined by God solely based on moral achievements judged by the way we fulfill our obligations and duties toward God and God’s creatures.The principle of equality highlighted in the aforementioned verse of the Holy Qur’an offers a universal framework to root out racism from any society. 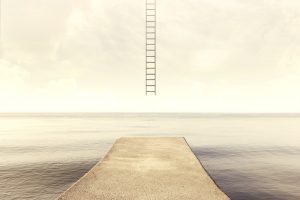 Freedom of Religion • Islam • The Existence of God

Agnosticism and Atheism • Freedom of Religions

Are Religious Parents Brainwashing Their Children?

Repatriating Afghan Refugees in the Midst of Catastrophe
Orphaned with Parents: A Look Into the Trump Administration’s Zero-Tolerance Immigration Policy
Comment