He remembered Allah during the day and the night, in solitude and in company, while asleep or awake; he never forgot Him even for a moment. He said, ‘While sitting in a gathering, I do istighfar [seek forgiveness from Allah] more than seventy times.’

The Sufi proverb of ‘hands busy in work and heart busy in remembering the beloved’, is only applicable to the time when a person is awake. The Holy Prophet Muhammad’s (sa) state was higher than this. Even in sleep his heart would remember Allah. He used to say that when his eyes were asleep, his heart did not sleep.

It is as if remembrance of Allah was the sustenance for his heart. As the body depends on breathing and the circulation of blood, his soul depended on the remembrance of Allah for sustenance. Only a few moments of his day were free from it. In view of God’s greatness and respect for Him, he used to refrain from it when answering the call of nature. That is why he would say غُفْرَانَكَ ‘O Allah I seek forgiveness’, after coming out of the lavatory.

The secret of this prayer is that he had stopped remembering Allah during this time and sought His forgiveness for this lapse.

Human life utterly depends on the Creator’s blessings and the capabilities given by Him. Life is entirely dependent on Him. Without being solicited, a limitless succession of His favours encompasses mankind. This is the Gracious God and through His attribute of the ‘Merciful’, the human beings achieve endless rewards for their efforts. They are surrounded by His beneficence to such an extent that this Qur’anic verse becomes necessary (14:35): ‘And if you try to count the favours of Allah, you will not be able to number them.’ In the Holy Qur’an, wherever the human beings have been mentioned by God with regret, are the ones who are not grateful, while the grateful ones have been praised. 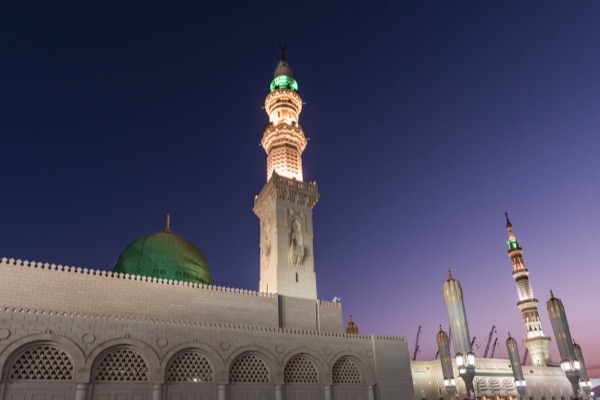