Attitudes towards His Wives

He was extremely kind and fair towards his wives. If on occasion any one of them failed to comport herself with due deference towards him he merely smiled and passed the matter over. He said to A’ishara one day: ‘A’ishara, whenever you are upset with me I always get to know it.’ A’ishara enquired: ‘How is that?’ He said: ‘I have noticed that when you are pleased with me and in the course of conversation you have to refer to God, you refer to Him as the Lord of Muhammadsa. But if you are not pleased with me, you refer to Him as the Lord of Ibrahimas.’ At this A’ishara laughed and said he was right (Bukhari, Kitabun Nikdh). Khadijara was his first wife and had made great sacrifices in his cause. She was much older than the Prophetsa.

After her death he married younger women but never permitted the memory of Khadijara to become dim. Whenever any of Khadija’sra friends visited him he would stand up to receive her (Muslim). If he chanced to see any article that had belonged to or had been connected with Khadijara, he was always overcome by emotion. Among the prisoners taken by the Muslims in the Battle of Badr was a son-in-law of the Prophetsa. He possessed nothing which he could offer as ransom. His wife Zainabra (the Prophet’ssa daughter) sent to Madinah a necklace which had belonged to her mother (Khadijara) and offered it as ransom for her husband. When the Prophetsa saw the necklace he recognized it and was much affected. He said to his Companions: ‘I have no authority to give any direction in this matter, but I know that this necklace is cherished by Zainabra as a last memento of her deceased mother and, provided it commends itself to you, I would suggest that she should not be deprived of it and it may be returned to her.’ They intimated that nothing would give them greater pleasure and readily adopted his suggestion (Halbiyya, Vol. 2). He often praised Khadijara to his other wives and stressed her virtues and the sacrifices that she had made in the cause of Islam. On one such occasion A’ishara was piqued and said: ‘O Messenger of Allah, why go on talking of the old lady? God has bestowed better, younger and more attractive wives upon you.’ The Holy Prophetsa was overcome by emotion at hearing this and protested: ‘O no, A’ishara! You have no idea how good Khadijara was to me’ (Bukhari).1 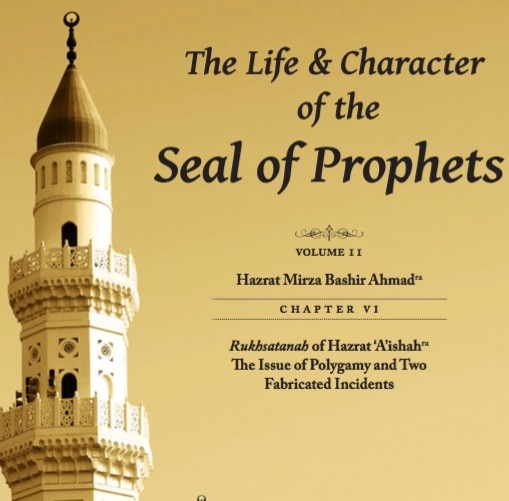 The Life and Character of the Seal of Prophetssa, Vol II 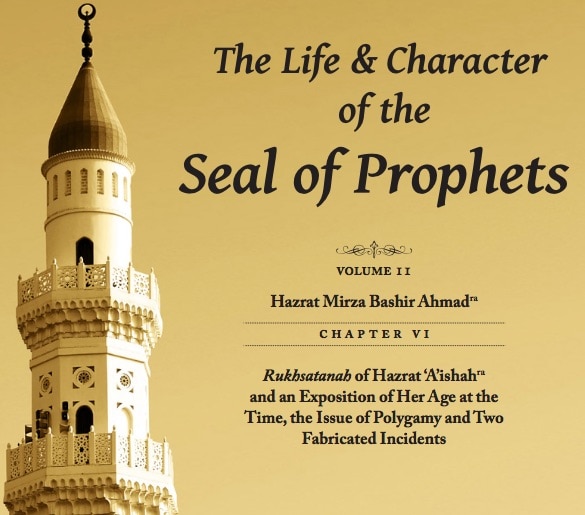