Thus, right from his childhood the Holy Prophet Muhammad’s (sa) heart was full of love for his Creator and Master. Worship and remembrance of Allah was his favourite pastime. He preferred solitude. He started having true and spiritual dreams right from his youth.

At the time there were only a few people in Makkah who believed in One God and remained steadfast upon the faith of Ibrahim (as). One notable person among them was Zaid bin ‘Amr. The Holy Prophet Muhammad (sa) met him once in Baldah, a village near Makkah. The idolaters offered the Holy Prophet Muhammad (sa) some food but he refused to eat it. The same food was then offered to Zaid who refused it as well, holding that he would not eat their food since they slaughtered their animals after invoking the names of idols. He only ate meat which had been slaughtered in Allah’s name and regarded animals slaughtered by the Quraish as forbidden. He said, when it was God Who had created the goat and the grass, why then should the Quraish invoke the name of the idols when slaughtering it?

The first revelation received by the Holy Prophet Muhammad (sa) was based on the unity and oneness of God. He hesitated on the word iqra’ (Read!), but he responded spontaneously when it was said:

‘Read in the name of your Lord Who created,’ as the love of his Creator was already ingrained upon his heart.

TagsCharacter of the Holy Prophet Life of Muhammad 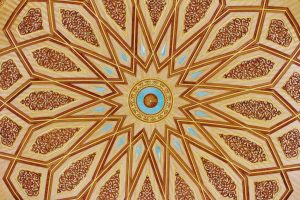